A few minutes later, after Sonnenberg was pulled out of committee by persons unknown and presumably read the riot act, came the apology:

Apparently Sonnenberg calls everybody “eye candy,” which we suppose might be slightly less creepy. 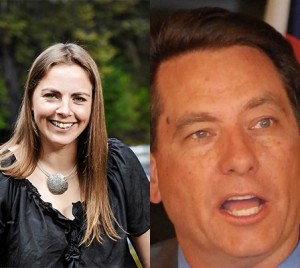 We’re getting word of a nasty exchange today in the Senate State Affairs Committee, which was temporarily chaired today by GOP Sen. Jerry Sonnenberg–while hearing House Bill 16-1275, which would have collected corporate tax revenue on earnings held in offshore tax havens. The bill died on a party-line vote in this “kill committee,” but not before Sonnenberg asked for closing statements–including from Sen. Kerry Donovan, and we quote,

“Unless she was just here as eye candy.”

So said one of the most senior Republican members of the Colorado Senate to his Democratic colleague who happens to be female. Audio of the exchange hasn’t been posted yet, but we’re told Democrats erupted in anger, after which Sonnenberg was pulled out of the hearing for conversations unknown. When he returned he apologized for referring to his fellow Colorado Senator as “eye candy.”