How To Not Inspire Confidence In Your Field Campaign 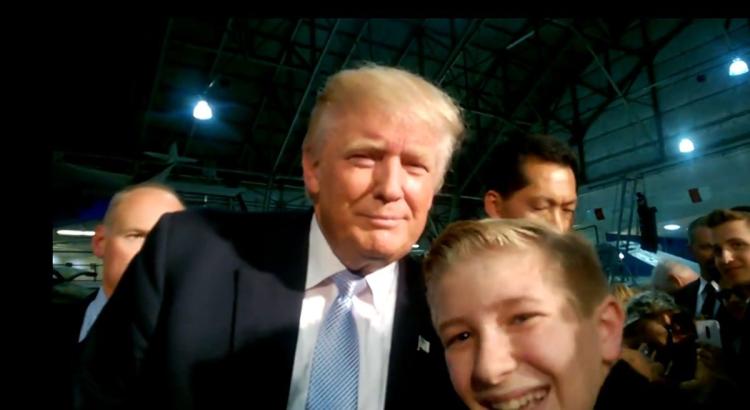 Weston Imer is co-chair of the campaign in Jefferson County.

If you stopped by the field office at the corner of 27th and Youngfield in Wheat Ridge Friday, you would have seen young Weston instructing volunteers on what to do, as well as making phone calls to supporters…

Now first of all, we think it’s totally cool that a 12-year-old kid is interested enough in politics to put in long hours volunteering to help open a campaign office. When we say we wish there were more kids interested in politics and willing to actually get involved in a meaningful way, we mean it–and Weston Imer is living the dream.

But with that said, no, we obviously don’t think having a 12-year-old kid as the co-chair of Donald Trump’s campaign in the pivotal swing suburban battleground of Jefferson County, Colorado is a good idea. The Trump campaign’s reputation for the hiring of campaign operatives most charitably described as “second string,” meaning losers and total unknowns, is not helped by putting a 12-year-old “in charge” of deploying volunteers and making phone calls. It almost seems like the Trump campaign is deliberately pushing Weston Imer’s story of “running the Jeffco office” as a positive for them.

With all due respect to a great kid with a bright future, this isn’t a good story for Trump.