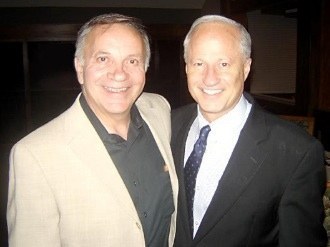 Lots of discussion continuing today about last week’s ad from embattled GOP Rep. Mike Coffman of Aurora, in which Coffman declares he “doesn’t care much” for Donald Trump–an ad followed up by multiple news reports clarifying that no, it doesn’t mean Coffman won’t vote for Trump. At this point, Coffman’s ambiguity on the bottom-line question about this ad has been seen by many more people than will see the original ad, which calls the whole exercise into question in terms of Coffman inoculating himself against a likely anti-Trump wave at the polls this year.

But there’s another side of the equation as well: by publicly dissing Trump, even without specifically saying he won’t vote for Trump, Coffman risks angering a substantial portion of the Republican base in CD-6–without whom he cannot reasonably expect to be re-elected. Coffman’s advisors have obviously factored for this in their planning, and determined that the benefits of distance from Trump outweigh the risks to Coffman’s base coalition.

Apropos, this weekend Coffman took heavy fire at the pro-Trump conservative site Breitbart News by none other than his own predecessor in Congress, conservative lightning rod former Rep. Tom Tancredo.

Congressman Mike Coffman on Thursday released a paid television ad attacking Donald Trump but saying he may hold his nose and vote for him.

Coffman has also said he would not rule out voting for the Johnson-Weld Libertarian Party ticket. Predictably, the Denver Post again displayed its desire to “help” Republicans by praising Congressman Coffman’s decision to attack Trump. The Post asserts Coffman’s action is good for the GOP. Yeah, right…

Here’s a news flash for the Post’s editorial board. If Trump were polling well in Coffman’s District, you would see and hear only glowing praise for The Donald from the political chameleon, Mike Coffman.

Mike Coffman promising to “stand up” to Trump is like a french fry promising to stand up to a cheeseburger. It’s probably no coincidence that Coffman made his anti-Trump statement a few days after returning from the Koch brothers’ anti-Trump Billionnaires Bash at the Broadmoor Hotel in Colorado Springs. There’s nothing like the smell of hard cash to lubricate a politician’s sense of moral outrage…

I have known Mike Coffman for almost 20 years and welcomed his successful race for my congressional seat when I retired in 2008. If I believed for a millisecond that Coffman had, indeed, said what he said about Trump out of a sense of patriotic duty, I could forgive, and maybe even applaud, that decision. Sadly, I know better: Mike Coffman is the worst kind of opportunist. The only thing authentic about him is his passionate desire to keep that House Member pin on his lapel. [Pols emphasis]

Tancredo’s attack on Coffman in this guest op-ed is unusually cogent for a man who has built his reputation on far-right blowhard rhetoric. By calling out Coffman’s attacks on Trump as politically opportunistic and based only on a desire for re-election, Tancredo undermines Coffman’s entire “reinvention” into a candidate compatible with a diverse and competitive district. Combine that with tearing down Coffman’s conservative credentials among the Republican voters Coffman still needs to win, and this is a severely damaging message from a man Coffman once called his “hero.”

Coffman’s ability to thread the political needle in recent years is legendary. But this time, he may well have outsmarted himself.