Today is the 140th anniversary of statehood for our great state of Colorado, which officially joined the Union on August 1, 1876. We know that 2026 will be our state’s sesquicentennial celebration, which will be a bigger deal, but 140 is still pretty cool.

Unfortunately, Colorado’s Republican Secretary of State Wayne Williams, who is in charge of (among other things) counting the votes in our elections, is having a little arithmetic trouble as he commemorates the state of Colorado’s birthday today! 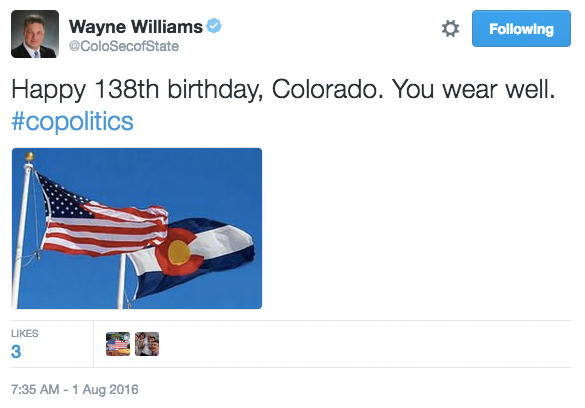 We know, we know! The other two years had petition problems (bah-dum-tish).

The jokes write themselves, folks. Give us some better ones.