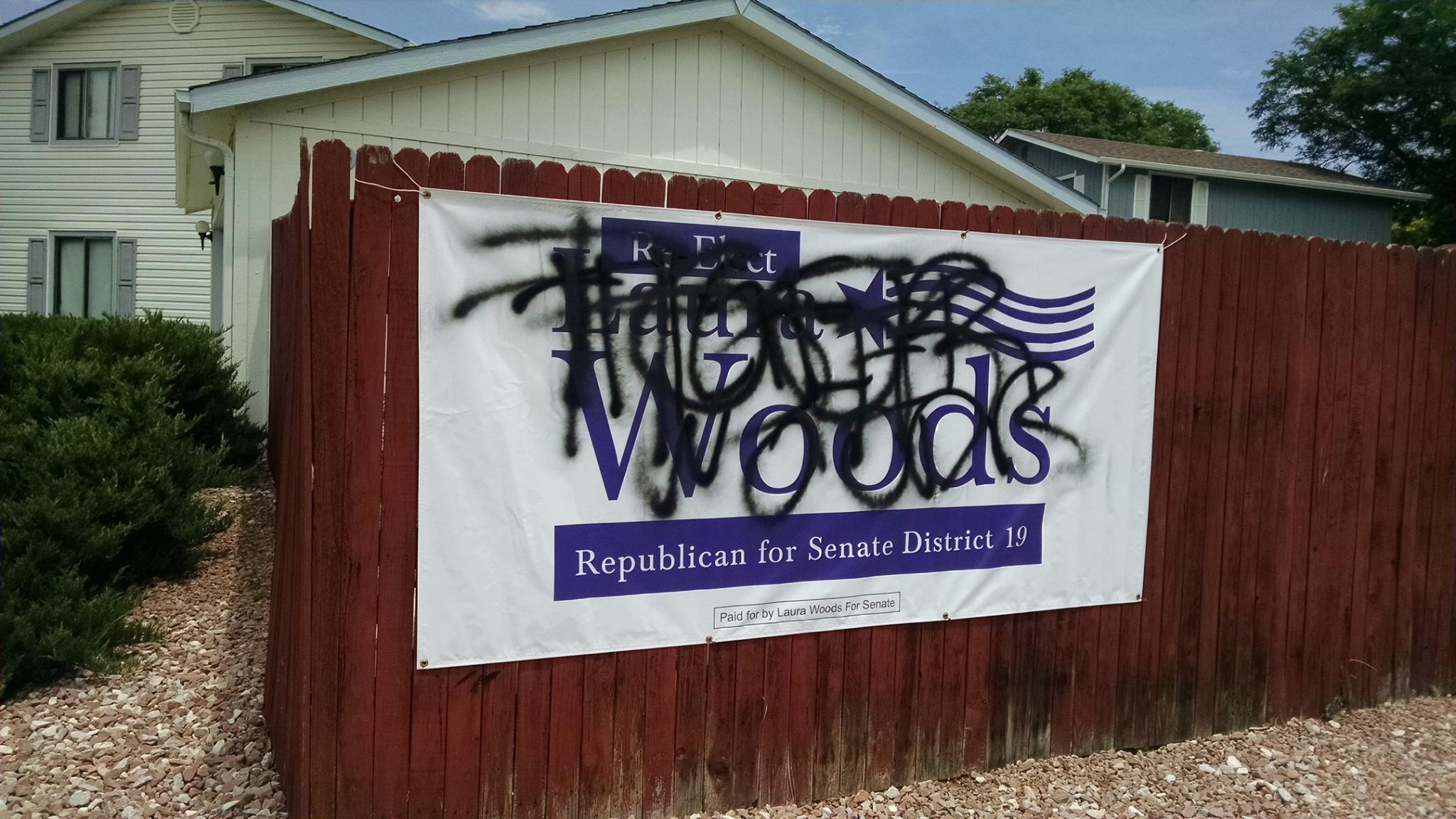 Let’s start by saying unequivocally that we don’t condone vandalism, against politicians or anybody else. As you can see in the photo above being circulated by Republican Sen. Laura Waters Woods’ campaign, somebody vandalized one of her yard signs being displayed on the fence of an Arvada constituent earlier this month.

And if you’re to the left of Woods on the political spectrum, she blames you.

Within 5 days Team Woods has had two banners vandalized. One at 92nd and Ingalls was stolen within 20 hours of being hung, and one on Pierce was spray painted! All of this brought to you by the “tolerant left”!! [Pols emphasis]

In two election cycles, I’ve had banners painted, vandalized, knocked down and stolen and my opponent’s signs are untouched. THAT’S why I blame the left…

Now, we of course don’t know who decided to tag Woods’ yard sign, but from experience we can tell you in these situations it is almost never one’s political opponents who commit crimes like petty vandalism of yard signs. It’s true that Woods has big vinyl signs all over Senate District 19–and their ubiquitous presence might all by itself be a motivator for some juvenile delinquent with a can of spray paint to deface one.

Either way, it’s silly and irresponsible to blame one’s opponent for this kind of thing with no proof. Woods claims she has installed motion-sensing “game cameras” near some of her banners in an attempt to record future acts of vandalism. If Woods actually catches an adult with any bonafide connection to her opponent vandalizing her signs, or has her allegations against “the left” confirmed in any way by competent investigators, we’ll be the first to apologize and correct the record.

Otherwise, it’s another exercise in paranoia–from a lawmaker so paranoid she was afraid to use her real name on the radio.