The attn on Colorado delegate came amid talks of walkout or protest, but didn’t materialize. #copolitics #RNCinCLE

UPDATE (3:52 pm): Speaker of the House Paul Ryan, the “Permanent Chair” of the RNC, just kicked off the official nominating process for Republican candidates for President and Vice President. Watch the live feed here. 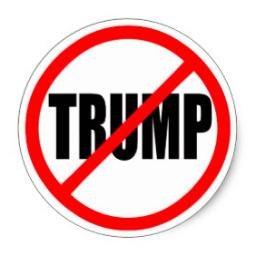 As Politico reports, delegates at the Republican National Convention who are supportive of the #NeverTrump and “Free the Delegates” movements are planning one last hail mary revolt this evening:

“We’re still furious,” said Regina Thomson, a Colorado delegate who helped lead the “Free the Delegates” movement in support of the conscience vote. “Look how many hundreds of people took time off work, spent thousands of dollars to be here … their vote meant nothing from beginning to end. They’re angry and they should be.”…

…Invoking a conscience vote could spark a return to the convention floor chaos that marred the opening of the GOP convention Monday. The roll call, set to begin at 5:30 p.m., typically starts with Alabama and proceeds alphabetically through the 56 states and territories. The chair of each delegation – typically the governor or state party chair – announces to the convention how many votes its delegates cast for Trump, Ted Cruz, John Kasich and other candidates. But anti-Trump delegates may challenge those counts and force their states to poll their members. Under the rules, the chairman of the delegation is required to count the votes. But a new provision in the rules adopted this week requires that only the bound vote be counted by the convention secretary, Vermont delegate Susie Hudson.

Anti-Trump forces and their allies are also expecting Republican Party leaders and the Trump campaign to work to prevent any tactics they have at their disposal. One option they’re watching out for: skipping the roll call vote altogether. If delegates suspend the rules – which requires a roll call vote – then moves to declare a nominee “by acclimation,” it’s possible the convention could nominate Trump without going through the motion of a state-by-state roll call, preventing the possibility of a public spectacle.

The state-by-state roll call vote is scheduled for 5:30 pm (EST). We’ll keep you updated here at Colorado Pols as the chaos in Cleveland continues.