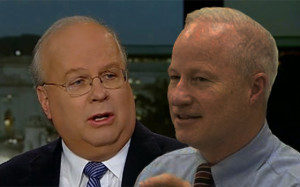 Mike Coffman (right) is “not like the other Republicans.” The Koch brothers say believe it.

Americans for Prosperity, a conservative group backed by the Koch brothers, is launching a campaign Wednesday to aid the reelection bid of Colorado Republican Rep. Mike Coffman — the first time the group is devoting concerted grass-roots efforts to influence the outcome of a House race in the 2016 general election.

The campaign does not include paid media, but the group will send out hundreds of staffers to knock on doors in Colorado’s 6th congressional district, which includes Aurora and other segments of suburban Denver, to urge constituents to vote for Coffman against his Democratic challenger Colorado State Senator Morgan Carroll in what could be a tight race.

While the chances of Republicans maintaining control of the House in this year’s election remain high, Democrats are more optimistic they have a shot at regaining the majority under the belief that the controversial campaign of GOP presumptive president nominee Donald Trump could harm down-ballot Republican candidates.

Conservative and GOP-aligned groups are also taking note of what could be an unusual election year and are expressing concerns about a Democratic takeover. [Pols emphasis]

In the last couple of weeks, there have been a number of stories expressing alarm over the lack of field campaign preparation by Republicans, from Donald Trump all the way down to the state and county parties. The problem is reportedly not unique to Colorado, but could be particularly damaging in our swing state if the GOP’s get-out-the-vote efforts fail to thrive.

It’s true that Koch-funded Americans For Prosperity has lots of money, staff, and volunteers to attempt to fill this gap. The question is, will the Koch’s help for Coffman at the retail door-knocking level do more harm than good? This is perhaps a dicier question for Coffman than others AFP might get behind, since Coffman is arguably running one of the most shamelessly anti-Republican “Republican” campaigns in America today. AFP might not have the GOP’s logo on their T-shirts, but their connections to the right-wing Koch political machine–and of course the Koch’s reputations themselves–are well-known.

Obviously Republicans need all the help they can get on the ground–but for Coffman and his perilous “not like other Republicans” message, the question is a lot more complicated.