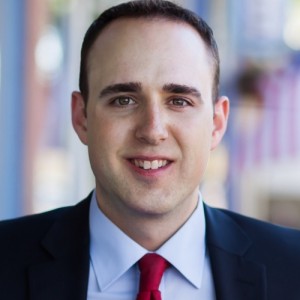 But it inspired me to check out a tipster’s suggestion that I lay out a public trail of evidence showing that Mizel controls the Colorado Statesman, a political weekly that’s inserted as an ad in The Denver Post on Thursdays.

A search on the Colorado Secretary of State website reveals that the “trade name” of the Colorado Statesman is owned by “Mistro, LLC.”

The registered agent for Mistro is CVentures, Inc., and a simple Google search turns up numerous references to Larry Mizel as a director and chairman of the board of CVentures.

In 2008, Larry Mizel of “CVentures, Inc.,” gave $4,600 to Republican senatorial candidate Bob Schaffer, according to OpenSecrets.org. (So keep a close eye on the Statesman if Schaffer jumps into the U.S. Senate race next time.)

CVentures is located at 4350 S. Monaco St., Fifth Floor, which happens to be the corporate address of the giant homebuilding company, MDC Holdings. which Mizel founded in 1972 and for which he currently serves as director and chairman of the board.  MDC Holdings did not return a call from moi, if you can believe it.

A phone message at a number listed for CVentures on a Bloomberg “Company Overview of CVentures, Inc” was not returned either.

Why does this matter if Mizel owns the Statesman? Unlike me, who admits to a progressive orientation, the Statesman is claiming to be a traditional news outlet without any internal pull one way or the other. Playing it straight.

I trust some of the reporters at the Statesman and want to believe editor (and former GOP state legislator) Jared Wright when he says his goal is fairness, though anti-journalistic incidents, like one fill-in reporter doubling as a conservative political operative, have emerged. As well as other strangeness. And Wright doesn’t talk about Mizel.

So, to lesson concerns about Mizel hosting Trump fundraisers and to honor the journalistic ethics it aspires to reflect, the Statesman should tell its readers that it’s owned by one of the most powerful Republicans in the state of Colorado. Better yet, give Mizel a space to explain his intentions with the Statesman. And let readers take it from there.