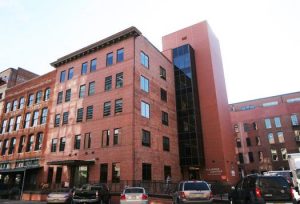 A terrible story taking over local headlines right now, though there’s not much to say just yet. Denver Post:

Police closed streets near 15th and Wynkoop and urged merchants and residents in the area to shelter in place. Police said officers have cleared the shooting scene at the Alliance Center in the 1500 block of Wynkoop in what remains an active investigation. The building houses a number of left-leaning political and environmental groups.

We’ve heard early reports suggesting that the employees of a number of liberal and environmental groups who have offices at the Alliance Center, including Conservation Colorado and Common Cause, were not injured. We’ll update once we learn more about the victim(s) and the shooter.

Scary stuff, folks–but as always, let’s be careful about speculating until we know more.