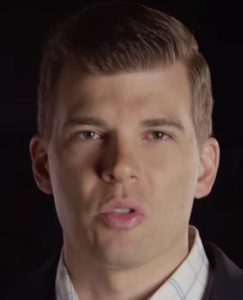 State lawmakers and lawmaker wannabes are required every year to file personal financial disclosure documents that show their major assets, debts and sources of income for themselves and spouses.

The disclosures are supposed to cover assets like the lawmaker’s home and any other real estate property owned with a value of above $5,000, including investment or rental properties and ownership of mineral or water rights. Disclosure statements are also supposed to show the debts of a lawmaker and spouse over $1,000; where the lawmaker and spouse work; and other assets of more than $5,000, such as insurance policies.

It’s no small matter to ignore the requirements of the personal financial disclosures, at least based on state law. Not filing the documents, which Keyser didn’t do in 2016; or filing them with inaccurate or incomplete information, as he did in 2015, is a misdemeanor, punishable by $1,000 to $5,000 per occurrence.

The personal financial disclosures filed by candidates and lawmakers are very important for the public to have confidence that these politicians are not being unduly influenced by their sources of income. Even when they don’t show anything illegal, the information can still be very useful in terms of knowing not just what but who a candidate stands for.

That’s why failing to file them, or filing them incorrectly, is a criminal offense.

Questioned about the discrepancy, Keyser spokesman Matt Connelly responds with the same arrogant dismissiveness he’s used ever since the campaign originally failed to make the ballot–which segued into a month and a half of disastrous press about the Keyser campaign’s petition fraud:

The 2016 disclosure was finally filed last Friday, June 10, after The Colorado Independent contacted the Keyser campaign to ask about the documents. Keyser also amended his 2015 disclosure to include his Morrison home in his assets.

Keyser spokesman Matt Connelly told The Independent that the Secretary of State’s office never notified Keyser of any shortcomings with his disclosures, and allowed Keyser to amend the forms. “We’re happy to have the opportunity to amend it to explicitly show what is already obvious,” Connelly said.

Except no, it wasn’t obvious, because Keyser didn’t file the report. You have to wonder if Connelly is affecting these snotty responses out of desperation or mere resignation. With Keyser virtually assured of defeat in the upcoming primary after once imagining himself as a field-clearing frontrunner, it’s anybody’s guess what stage of grief his campaign staff is in. But they definitely thought they had a gig through November and even beyond.

At this point, Keyser’s campaign is just going through the proverbial motions.