Rep. Joshi Takes The Gloves Off To Outlast Larry Liston

As ballots arrive in Colorado mailboxes for the June 28th primary election, the Republican HD-16 primary between incumbent Rep. Janak Joshi and former Rep. Larry Liston in Colorado Springs is getting nastier by the minute–with the latest volley from Joshi, unleashing a lengthy radio spot slamming Liston’s “RINO” record in the state legislature:

Ouch! Not what any Republican primary candidate in a safely red district wants on the radio. The spot directs to Joshi’s new website LarryLies.com: 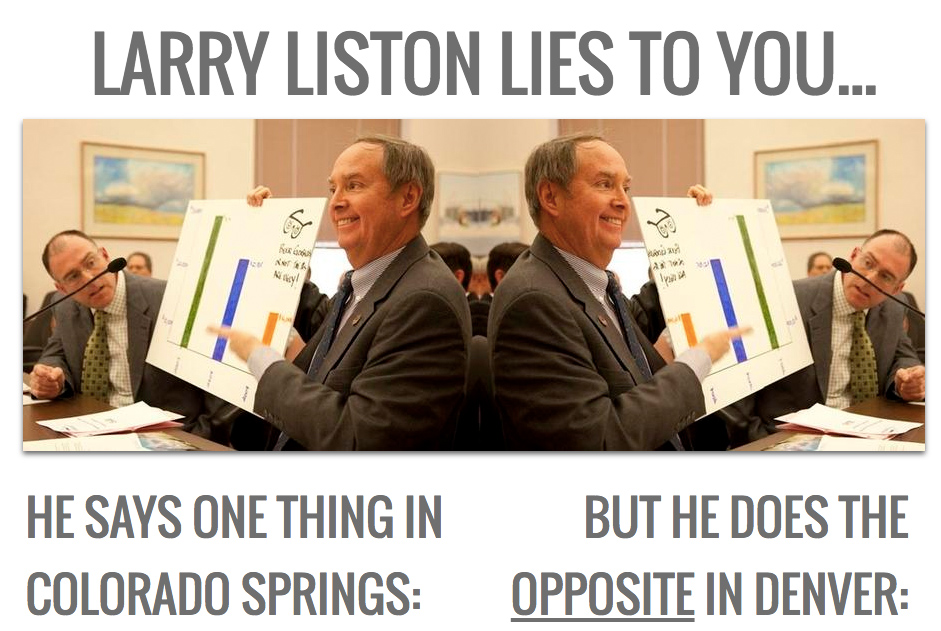 We’re actually very interested in seeing how this primary resolves. Janak Joshi, an arch-conservative ex-doctor from Ahmadabad, India who was forced to surrender his medical license before running for office, has the local party grassroots faithful in his back pocket–and in El Paso County that means he has placated, objectively speaking, the craziest of the crazies. On the other hand, Liston is a conservative Republican who has occasionally crossed over to move bipartisan priorities like the state’s “Amycare” health insurance exchange–a showing of reasonableness that the GOP grassroots more or less views as treasonable.

Which makes the GOP HD-16 primary a bellwether for how reasonable Colorado Republicans will be…in 2017.