Everybody And Their Mother Denounces Trump 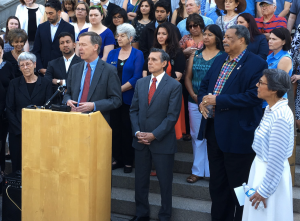 CBS4 Denver reports from the Colorado Capitol today, where a long list of Democratic politicos from Gov. John Hickenlooper on down took to the podium to denounce GOP presidential nominee Donald Trump’s attacks on a sitting federal judge:

They denounced Trump’s comments with Hickenlooper saying Colorado has nothing to do with “the racism that Donald Trump spews on a daily basis.” They also demanded that Trump apologize.

Trump has said that U.S. District Judge Gonzalo Curiel could not preside fairly over a case involving Trump University because of his Mexican heritage.

Hickenlooper said Trump’s comments about U.S. District Judge Gonzalo Curiel was the most blatant example of racism of someone seeking high office in the U.S. that he has ever seen.

During a news conference of prominent Democrats held by the presidential campaign of Hillary Clinton, Hickenlooper pointed out the rarity of Trump’s statements by quoting Republican House Speaker Paul D. Ryan, who referred to his party’s presumptive presidential candidate’s remark as “the textbook definition of a racist comment.”

Today’s presser went off mostly without a hitch, except for one odd moment of interruption:

[Former Colorado Supreme Court Justice] Dubofsky’s comments were interrupted by an apparent hoax emergency call to the Capitol. She was drowned out by police and fire department sirens.

Sources described a chaotic scene on the south side of the Colorado Capitol during today’s anti-Trump press conference, after literally dozens of emergency vehicles converged with sirens blaring on what appears to have been a hoax. Such fake threats/warnings do happen from time to time at the Capitol, including at least once during this year’s legislative session requiring a full evacuation. The timing of today’s hoax, with the legislature out of session and nothing but this anti-Trump press conference to disrupt, is a bit suspect.

Either way, it’s very unlikely that this will be the last such press conference between now and November. As low as the discourse has fallen so far in this unprecedentedly ugly presidential race, there’s still plenty of room for worse.

As a bonus, check out today’s release after the jump from the Democratic Senate Campaign Fund highlighting social media posts from Democratic state senate candidates blasting Trump. We suspect those will go over better with voters than, say, a Trump endorsement. 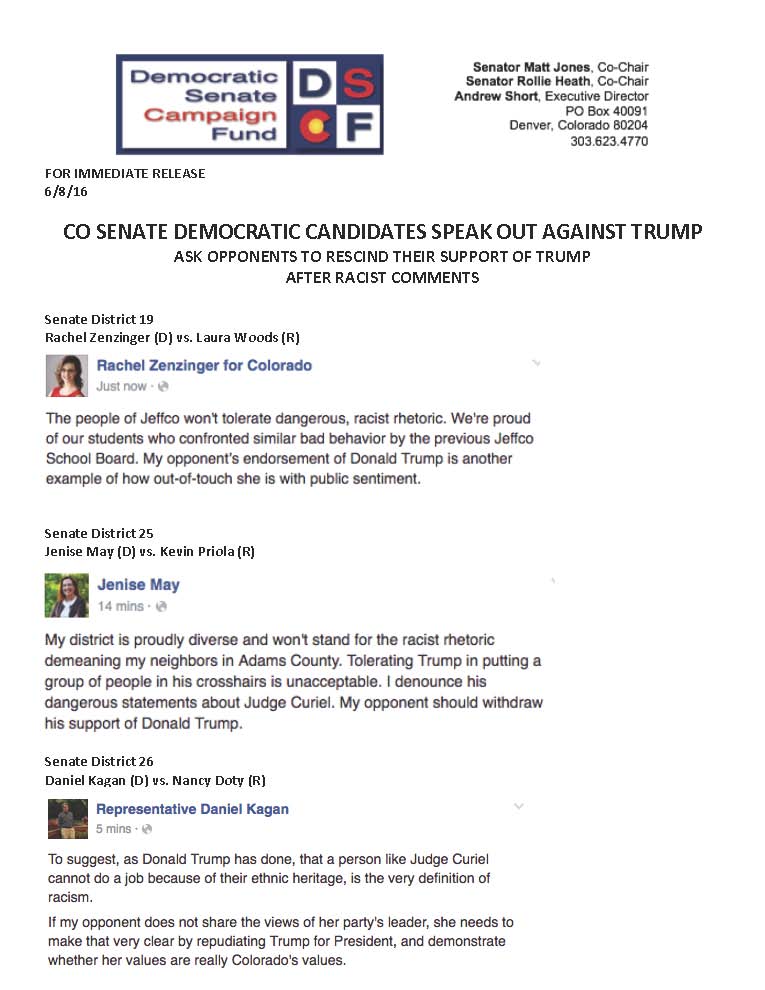 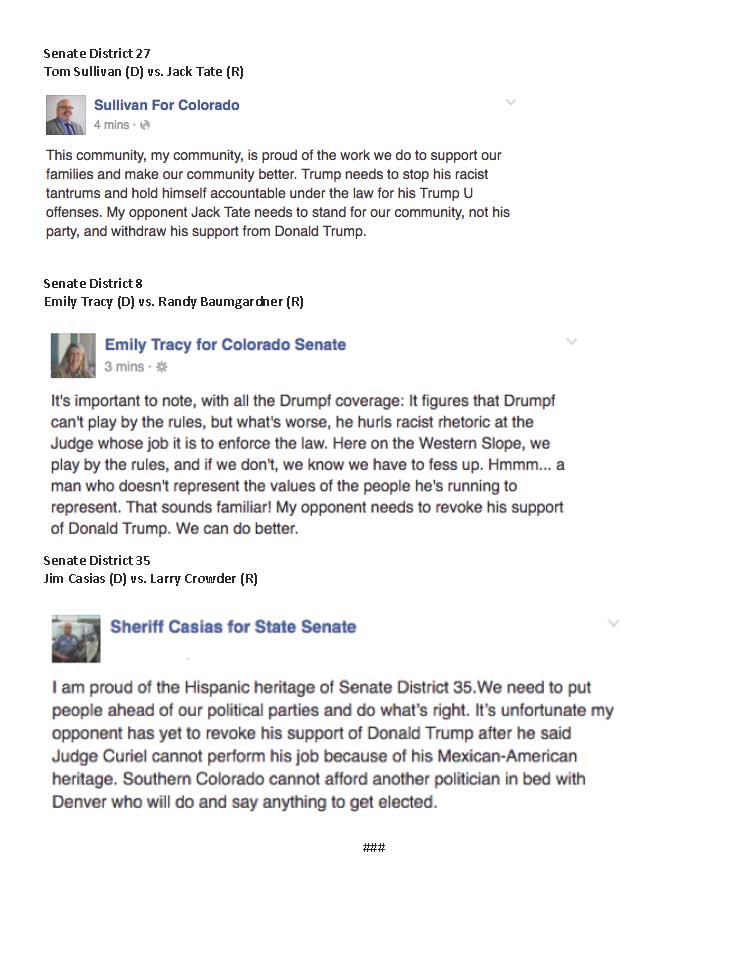