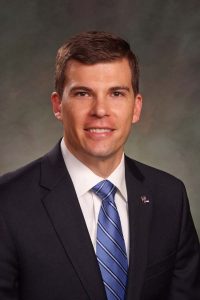 Yesterday a Denver District Court judge threw out a lawsuit challenging the validity of signatures for Republican U.S. Senate candidate Jon Keyser, stating that regardless of what had been uncovered in media and criminal investigations into Keyser’s allegedly forged petitions, the deadline to challenge them had passed. As the Durango Herald’s Peter Marcus reports:

The three plaintiffs alleged that Keyser used dozens of fraudulent signatures to make the ballot. One of the signatures was allegedly that of a dead person, though it did not count. The incident has been referred to prosecutors.

Mark Grueskin – a high-profile Denver attorney who often represents Democrats – argued on behalf of the plaintiffs that the signatures collected by the questionable petition gatherer should be blocked. That would have disqualified Keyser in the 1st Congressional District, thereby excluding his votes from being counted…

But protests must be filed within a five-day window after the secretary of state’s office issues a statement of sufficiency or insufficiency. The clock started on April 25, the judge ruled.

“That’s why we have these extraordinarily short deadlines, elections have to happen,” Judge Morris B. Hoffman ruled from the bench. “We can’t have issues lingering about who the candidates are.”

It’s true that there are deadlines that apply to the process of qualifying candidates for the ballot, but we’ve already seen one example (Ryan Frazier) of a candidate agreeing that their votes might not count in the event of an unsuccessful court challenge. It would not have been an undue logistical burden to not count votes for an invalidated candidate.

That’s an important detail, since the judge’s decision yesterday rests almost entirely on the passage of a five-day window to challenge Keyser’s petitions. What we have in the wake of the judge’s ruling is a situation in which a candidate has successfully qualified for the ballot, with the narrow margin closed by fraudulent signatures. That successful use of fraud in order to qualify for the ballot has now been validated by a court of law.

The Aurora Sentinel’s editorial board does a good job trying to unpack this bizarre outcome:

Both the law and Hoffman’s ruling make sense, even though they work against fair and credible elections. Deadlines for election officials to print and distribute mail ballots in every election are already so tight, there really was no option given that the unyielding schedule for all the moving parts of a complicated election were set more than a year ago. At some point, candidates’ names have to be certain.

But the system also allows for a candidate to appear on the ballot despite not meeting the requirements. That was made clear in the deal struck between the SOS office and Ryan Frazier’s campaign. Some candidates were given more time to argue their legal cases than others.

The entire charade has made a mockery of Colorado’s election system and cast a cloud over elections officials as to whether they have the resources or even the ability to accurately root out fraud and error.

That last statement from the Sentinel is a direct shot at Republican Secretary of State Wayne Williams’ office. The revelation last month that Williams’ office had received reports of questionable signatures for Keyser weeks before they were uncovered by liberal groups and the press looks far worse now that this five-day challenge deadline has been invoked to dismiss fraud claims against Keyser. That combined with the Secretary’s certification of Keyser’s petitions–then actually helping defend Keyser from fraud allegations even as he claimed he had no enforcement power–has seriously damaged the credibility of Williams’ office. Even if the explanation is incompetence instead of complicity with the Keyser campaign’s petition fraud, which still seems to be the case, it’s a massive failure that heavily contributed to the present impasse.

As for Jon Keyser, it’s important to remember that this decision doesn’t leave him any less screwed. Keyser has still been hit with over four weeks of fatally bad press over this scandal, and the worst of it can’t be blamed on anyone other than Keyser. Keyser has no money, and much anecdotal evidence exists to suggest he will lose heavily on June 28th to any one of several now-stronger primary opponents. It’s a fairly close parallel to Scott McInnis’ 2010 gubernatorial campaign, which was destroyed by plagiarism allegations–even though that wasn’t completely clear until the votes were counted long afterward.

Looking ahead, there is a straightforward method to combat the kind of fraud identified in Keyser’s petitions. Williams’ office was reportedly not required by law to validate petition signatures in the same way they do with actual ballot signatures, so they didn’t. If they had–or even if they had heeded the warnings they received from their own workers of possible forgeries–this troubling outcome could have been avoided.

Because technicalities aside, crime should not pay. There should always be a way to uphold the law.

And that didn’t happen this time.