A Few Words on that Child Abuser/DPS Board Appointee 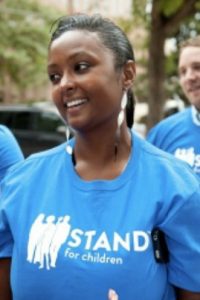 We wanted to make sure the recent controversy on the Denver Public Schools board, in which a newly-appointed school board member connected to the corporate-backed education “reform” group Stand for Children was exposed in the media as having been convicted of child abuse, didn’t get too far in the rear-view mirror without a mention. Eric Gorski and Melanie Asmar at Chalkbeat Colorado reported last Thursday:

MiDian Holmes announced on her Facebook page Thursday night that she would not accept her appointment to the Denver school board, saying she did not want to be a distraction after details of a misdemeanor child abuse conviction became public…

In 2005, she was charged with “wrongs to minors” in violation of the Denver municipal code. Documents explaining what led to the charge were not immediately available. Holmes was sentenced to a year of probation, after which the case was dismissed.

In 2006, she was charged with child abuse in violation of state law. Documents reveal that Holmes left her three young children — age 7, 6 and 2 — home alone for more than eight hours while she was at work. She pleaded guilty to misdemeanor child abuse and again was sentenced to probation.

FOX 31 reported more details from MiDian Holmes’ second child abuse case, which Holmes was reportedly not completely honest about with the DPS board that appointed her:

According to the report, a police officer responded to Holmes’ address on a 911 hangup call. He arrived to find three young children, ages 2, 6 and 7, hiding upstairs. They had been left alone for hours.

The Denver Department of Human Services later interviewed Holmes’ children, who said their mom had left them alone 15 times before, often when she went to work or cheerleading, according to the report. [Pols emphasis] The report said that when confronted by investigators, Holmes later admitted, “I know it’s wrong.”

The report did not match the story Holmes gave to the Problem Solvers regarding her missing daughter. That is the story the school district and school board rallied behind, when they said they knew about Holmes’ criminal past before voting for her.

There appear to be other discrepancies in the process that led to Holmes’ appointment to the DPS board, including some confusion about whether Holmes had claimed to have graduated from the University of Denver (she didn’t). But needless to say, this situation did not impress the Colorado Education Association, who rightly pointed out that teachers are subject to considerably more rigorous screening than Holmes received:

“We believe that school boards have a duty or a diligence to have transparency with the community,” said Amie Baca-Oehlert, vice president of the Colorado Education Association…

“Teachers are held to a certain standard and a teacher under a similar situation could lose their licensure, or potentially not gain it under state statute, and so the school board should be held to that same standard of accountability,” she said. [Pols emphasis]

Stand for Children’s controversial advocacy for so-called  “teacher effectiveness” reforms like Colorado’s Senate Bill 191 in 2010, and general antipathy toward unionized teachers as an ideological conviction, has made them a darling among wealthy pro-“education reform” philanthropists and foundations–while at the same time alienating the organization from traditional teacher and parent groups like the National Education Association and the PTAs. We’re going to go ahead and suggest that backing a convicted child abuser for the Denver school board is not going to help Stand for Children’s reputation–nor that of the “reform” school board majority that appointed Holmes based on her affiliation with the group.

We guarantee that if the parties were reversed, you’d hear “union” in every mention of Holmes’ name.