Colorado Budget: Private Prisons Get Their Pound of Flesh 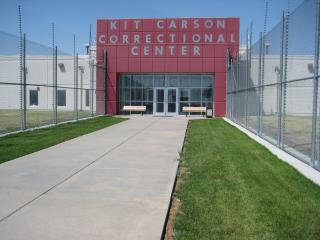 As the Pueblo Chieftain’s Peter Strescino reports, the Colorado state legislature gave final passage to the 2016 budget on Friday–but not before a last-minute request from the Governor’s office, supported by Senate Republicans, almost derailed the deal yet again:

A last-minute request by the governor to keep afloat a private prison — and help a rural economy — held up the final budget deal until the state Senate approved it Friday.

The budget, $25.8 billion, is headed for Gov. John Hickenlooper’s desk, where he is expected to sign it.

Hickenlooper requested at the last minute to spend $3 million to boost payments to a private, for-profit prison company that is threatening to close the Kit Carson Correctional Center on the Eastern Plains — a move that stalled the budget bill after Senate Democrats raised complaints… 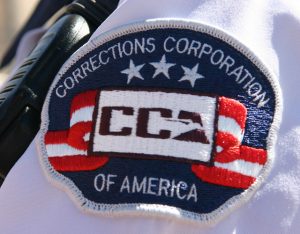 The Denver Post’s John Frank has more on the $3 million to subsidize operations at the Kit Carson Correctional Center just east of Burlington, which is operated by the for-profit Corrections Corporation of America:

Sen. Mike Johnston, D-Denver, noted that the state gave Corrections Corporation of America a cash infusion four years ago to keep the facility open and now it’s back asking for more money. At the same time, other parts of the state budget are facing cuts or no new funding increases. [Pols emphasis]

Johnston said the timing of the request — just as budget negotiations finished — amounted to “blackmail.”

“It’s not in the best interest of the state of Colorado,” he said.

In the end, the $3 million for Corrections Corporation of America was not enough to blow up the long negotiations that led to this year’s budget compromises–which include hotly-contested line items like funding for the state’s groundbreaking IUD contraception program, a big win over the objections of the Senate’s far-right “Hateful Eight” caucus. But that doesn’t mean this “bailout” of an underutilized private prison was a good thing, as a statement from the state’s public employee union Colorado WINS makes very clear indeed:

According to WINS Executive Director, Tim Markham, “The for-profit prison industry is built on exploitation. They exploit our criminal justice system, they exploit their workers, they exploit the communities in which their facilities are located and they exploit Colorado taxpayers.

Unlike our state correctional facilities and professional correctional officers, for-profit prisons are not accountable to taxpayers. And they do not provide stable, community-building jobs – these are low-wage, low-security, high-turnover positions.

Colorado WINS has long stood publicly against the for-profit prison industry. This latest bailout is just one more example of why Colorado should extricate ourselves from this predatory and morally corrupt industry.” [Pols emphasis]

“Extrication” of Colorado’s prison system from for-profit corporate interests that have little regard for the state’s actual needs, unlike state employees who could be redistributed throughout the system and–key point–are much more qualified professionals who contribute far more to their local economies than the CCA’s low-wage employees, is a debate that will have to wait for another year. But these threat-laden “requests” for infusions of cash to a for-profit corporation under threat of closing underused prisons and “killing jobs,” this being the second such request in four years, is not at all what the private prison industry promised in the early 1990s: a happy arrangement in which private capital took the risk of operating the prisons and the public benefitted from “lower costs.”

Since that logic has now been turned on its head, we’d say it’s appropriate to question the state’s whole relationship with the private prison industry.