@CathyHolladay1 The protest has been moved to the state capitol building. https://t.co/i4Np5WJH4j

The threatening phone calls have come at all hours of the night, leading Steve House, chairman of Colorado’s Republican party, to seek police protection.

House never envisioned such intrusions when he was elected to the position last year. 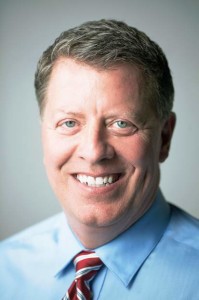 National ABC News reporting with help from local reporter Jaclyn Allen–after last weekend’s sweep of the Colorado Republican state assembly by GOP presidential candidate Ted Cruz, supporters of Donald Trump are singling out state GOP chairman Steve House over his supposed “treachery” against Trump resulting from the August 2015 decision to cancel the state’s presidential caucus preference poll. That decision at first robbed the state of relevance in the GOP presidential race, but then unexpectedly elevated it as delegate candidates making their way through the assembly process were locked down by an effective Cruz outreach campaign.

Anyway, if there’s one thing we can confidently say about the state of politics in America today, it’s this: it’s not a good thing to be “singled out” by Trump’s supporters.

Emails obtained by ABC News sent to Colorado GOP Chairman Steve House tell him to “quit whining” about all the threatening calls and emails he’s receiving. Another email tells him to “pray” he makes it to Cleveland, and instructs him to support Trump or “you are done.” One email provided to ABC News tells House to hide his family members.

“This does not have to do with Trump. This has everything to do with “the people” having a chance to vote,” one email sent today read. “Stop being a j—–f and admit that the residents of Colorado SHOUT [to] have the chance to vote rather than a slim minority telling the residents of CO who they have to vote for. That is the real story here. Quit whining about all the calls and email you’re getting. It’s your job. If you don’t want it – RESIGN.”

Additional emails and text messages to House threaten to release all of his personal information and use rather profane and derogatory language.

In addition, Colorado Chairman Steve House tells ABC News the Brighton Police Department and the Adams County Sheriff’s Office are providing an extra watch on his home and the Greenwood Village Police are doing the same at his office. He also believes there are protests planned for Friday, as a number of threads online show that protests are being planned for Friday at his home and in front of the Colorado GOP HQ. 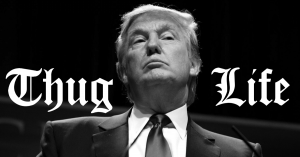 After the state party made their widely-condemned decision to cancel the precinct presidential caucus polls, we noted the possibility that Colorado’s delegates could still play an important rule in the–as we viewed it then—extremely unlikely event of a brokered Republican National Convention. It’s certainly possible that the decision to not hold the poll was made with Donald Trump in mind, but it was more the victory of Rick Santorum at the 2012 Colorado caucuses, which party brass questionably believed would have been a binding result under new national GOP rules this year that guided the decision.

Unfortunately, even as the Cruz campaign celebrates its organizing victory in Colorado today, the lack of precinct caucus presidential polls and subsequent behind-the-scenes lockdown in favor of Cruz delegates at the county and state assemblies stinks to high heaven: that is, for anyone not happy Cruz bested Trump here. It’s important to understand this dynamic, which is helping far-right outsider Cruz win the backing of a mainstream Republican Party that would in most other cases shun him. It’s the same dynamic keeping what appear to be considerable personal morality scandals for Cruz out of the headlines while the Republican nomination is still in question. The bottom line is that everybody wants Trump to lose now, and that end justifies any means necessary.

And yes, if you’re a Trump supporter, this is all going to piss you off very badly. As a Trump supporter you’re most likely not concerned with those pesky details about delegates and assemblies and admittedly ill-conceived decisions made months ago in response to changing national party rules. All you see is an insider-driven process that looks very little like traditional civics-class democracy, and most importantly, the guy you’re supporting is telling you it’s a fraud. He’s also the guy who talks about riots and that’s part of why you like him.

Folks, no matter what he may have done to bring this on himself: if you don’t feel at least a little sympathy for Steve House right now, you have no compassion whatsoever. At this point, we wouldn’t wish Trump’s minions on anybody.