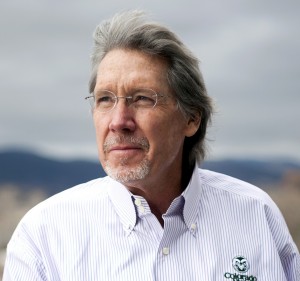 As the Ft. Collins Coloradoan reports today, yet another Republican is seriously considering jumping into the 2016 Senate race:

Former CSU athletic director Jack Graham is considering a run for the U.S. Senate seat held by Democrat Michael Bennet. Graham, a Republican and the athletic director who spearheaded the drive to build a new on-campus stadium at Colorado State University set to open in 2017, said Thursday evening that he has not yet decided whether he will run.

“A number of folks have asked me to consider a run for the U.S. Senate,” Graham told the Coloradoan. “It’s flattering to have their trust, and because there have been enough people unrelated to each other with the same idea, Ginger (his wife), and I have decided to take a serious look at what it would entail.”

Just last week, several national political news outlets were reporting that the National Republican Senatorial Committee (NRSC) was zeroing in on freshman state Rep. Jon Keyser as their big recruit…after a half-dozen “big recruits” previously opted not to run (Colorado Pols first reported that Keyser was strongly considering a Senate bid back in November). Keyser may be the NRSC’s flavor of the month, but there is obviously no reason to believe that Republicans can even sorta kinda clear the field of candidates to focus on incumbent Sen. Michael Bennet (D-Denver). 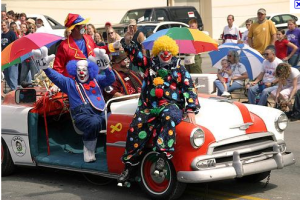 Wanna run for U.S. Senate? There might still be some room in the trunk.

The fact that a relatively unknown political player such as Jack Graham is entertaining the notion of a GOP bid for Senate indicates that there are still a lot of Republicans trolling Colorado for 2016 recruits — and that there is nowhere near a consensus about any of the GOP contenders. As the former Athletic Director at CSU in Fort Collins, Graham no doubt cultivated a serious list of wealthy donors and alumni that could help him become a serious candidate relatively quickly. Without another high-profile Republican in the race, Graham’s lack of name ID presents much less of a concern than it might have in other years.

While state Sen. Tim Neville (R-Jefferson County) and Colorado Springs businessman Robert Blaha have been out campaigning for months, we have yet to see how either of them are doing on the fundraising side; that will change in mid-January, when the first quarterly finance reports come out for Neville and a few others, but until then there is nothing to stop one GOP dreamer after another from contemplating a bid of their own. With little data and a lot of rumors, everything about the 2016 Republican field for U.S. Senate is strictly theoretical at this point. 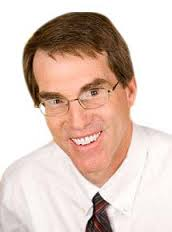 But wait, there’s (even) more! You may have heard the name Doug Robinson pop up as a potential GOP Senate candidate, and we hear Mitt Romney’s nephew has been telling people that he is still “seriously thinking about the Senate race.” Robinson may be far short of a household name, but with Romney’s political contacts and fundraising help, Robinson could also put a solid campaign together in short order.

*Asterisk indicates candidate has publicly declared intentions or is very likely to jump in.

(D) Michael Bennet* (90%)↑
No matter how badly Republicans want to take out Bennet in 2016, they can’t do it without a viable alternative on the ballot.

(R) Robert Blaha* (20%)
Blaha and his checkbook are ready to roll; a big fundraising number from his campaign or his PAC could quickly thin the herd.

(R) Doug Robinson (20%)
Nephew of Mitt Romney has been telling others that he is “seriously thinking about the Senate race.” He may not be well-known among voters, but Robinson at least checks off the “big money” box.

(R) Jon Keyser (10%)
Yes, the cupboard is pretty bare. The NRSC may put its hopes on the shoulders of a 34-year-old freshman state legislator, but they can do nothing to clear the field for him.

(R) Ryan Frazier* (10%)
We already know how this movie ends, but Frazier is nevertheless running all-out.

(R) Darryl Glenn* (5%)
El Paso County Commissioner has been running longer than any Republican. He almost certainly can’t win, but he’s been actively campaigning log enough that he could siphon off some GOP voters.

(R) Don Rosier* (5%)
Jefferson County Commissioner probably couldn’t win a state Senate seat, but his candidacy could be a pain in the ass for someone else because of his Jefferson County roots.

(R) Greg Lopez* (5%)
It’s not just you — we don’t know what a “Greg Lopez” is, either. If he can somehow get his name onto a very crowded June ballot…who knows?

We’re not including the likes of Dan Caplis on this list because he always tries to float his name for a U.S. Senate bid, but with such a crowded field, perhaps this is the year that Caplis actually gets off the pot, so to speak.

There won’t be 10 candidates on the June Primary ballot; it’s technically possible, but realistically, this field will trim to 4 or 5 candidates before next summer. And unless a lot of things change, we still don’t see how another Republican is actually going to defeat state Sen. Tim Neville in a battle for the base of the Colorado GOP.