. @HotlineJosh Not just a demo issue; flat wrong in CO. Large portion of their Ind's are registered R's; not using voter file. #copolitics 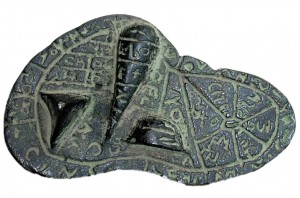 How to read sheep entrails.

The notoriously inaccurate pollsters at Quinnipiac University are out with another survey of alleged Colorado voters on the 2016 presidential race today, and as members of the political chattering class we are obliged to stop what we’re doing and talk about it:

With 25 percent of the vote, Dr. Ben Carson is the clear leader among Colorado Republicans and tops Democratic front-runner Hillary Clinton 52 – 38 percent in a general election matchup, according to a Quinnipiac University poll released today.

Quinnipiac has a history of wild, unexplained swings in its poll numbers here in Colorado, making headlines for dramatic “results” that always seem to level out as the polls get closer to…well, the only poll history cares about. So before Democrats get overly concerned about today’s Q-poll showing Ben Carson, Donald Trump, and Ted Cruz all trouncing Democratic frontrunner Hillary Clinton, remember the junk Quinnipiac tried to pass off as polling in Colorado just last year:

So no, we can’t put a lot of stock in Quinnipiac’s numbers–not this far out, and especially not their head-to-head matchups between Clinton and Republican candidates. In terms of trajectories within the GOP primary pack, Carson’s ascendancy in Colorado makes some sense to us, perhaps given the attention he has paid to our state’s religious conservative primary voters. But that’s strictly our own empirical judgment, not anything informed by this poll.

Because there’s not any information here we would place a bet on. Talk to us in a few months–or in Quinnipiac’s case, maybe not at all.