UPDATE: Maybe you’ve never heard of Peggy Littleton, but Rep. Gordon “Dr. Chaps” Klingenschmitt has! Chaps recorded a full-episode interview with Littleton in 2013 on the evils of then-Sen. Evie Hudak and the Common Core education standards. You can watch the whole interview, but here’s the money quote of Littleton denouncing Hudak’s vote for the so-called “homosexual agenda.”

Now that’s the interview that will propel Littleton to stardom right there, folks! And if that’s not enough, ThinkProgress caught Littleton on tape in 2011 basically claiming that President Barack Obama wants to Muslim-ify the schools:

A new memo that has been making the rounds in conservative circles is a dire warning about an onslaught of Islamic “Gulen schools,” a growing international network of charter schools begun in Turkey that offer “a blend of religious faith and largely Western curriculum.”

At the Educational Policy Conference, a large gathering of social conservatives in St. Louis in January, prominent neoconservative and anti-Muslim conspiracy theorist Frank Gaffney, and former Colorado State Board of Education member Peggy Littleton sounded the alarm on the “creeping threat” of Gulen schools hidden in President Obama’s landmark education initiative, the Race to the Top program, which encourages innovation in education, including charter schools. Littleton, who currently serves as an El Paso County Commissioner, told conference-goers that “the only reason [Obama is] pushing more charter schools” through Race to the Top is “because of these Gulen schools…”

LITTLETON: Well, there’s going to be speculation, by everyone that’s out there. You yourself I’m sure have done the research, you’ve seen and heard some of the things our own president has said about the Muslims. You’ve heard that he thinks we ought to be friendly to some of their causes, that we should be tolerant in promoting some of the Muslims that are scientists and technology people. [Pols emphasis] I think we need to go back and research what our president has said and by his own words and admissions, I think you can probably make the connection.

And to think, this was before Obama invited that kid named Mohamed to bring his clock to the White House.

Folks, we didn’t know if it was possible to find a Senate candidate to the right of Tim Neville, but it looks like Peggy Littleton might fit the bill. Original post follows… 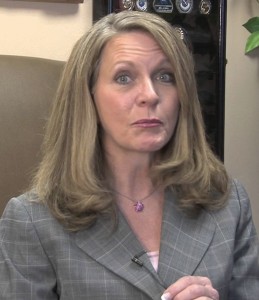 As the Colorado Statesman’s Ernest Luning reports, yet another no-name Republican is taking a look at running for the U.S. Senate in 2016:

El Paso County Commissioner Peggy Littleton is weighing a run for the Republican nomination for the U.S. Senate seat held by Democrat Michael Bennet, The Colorado Statesman has learned.

Should she enter the crowded field of GOP candidates, she will be the second El Paso County commissioner in the race. Darryl Glenn has been in the running since early this year. Two other El Paso County Republicans are also hoping to unseat Bennet — declared candidate Charlie Ehler and businessman Robert Blaha, who has said he’s strongly considering a run but has yet to announce…

El Paso Commissioner Peggy Littleton has had her name dropped for a number of higher offices in the past few years, but she has never gained anything you would call traction. Some of that has to do with Littleton being a bit…well, excitable when it comes to crying scandal. Back during the 2013 recall election in Colorado Springs, Littleton starred in a video (above) from conservative group Revealing Politics, making a slew of allegations about students turning in ballots that were, as it turned out, completely silly. But that didn’t stop her from confronting said students and falsely accusing them of vote fraud.

At this point, the list of candidates who have declined to challenge Democratic incumbent Sen. Michael Bennet is much longer than those still reportedly considering. The stature of those candidates has been in decline as well, from congressmen like Mike Coffman and Scott Tipton down to…well, the county commish level.

As a minor-league placeholder — well, if there was anyone to hold a place for — we suppose Littleton is as good a choice as anybody else.