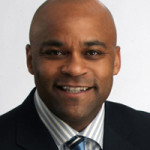 Denver Mayor Michael Hancock unveiled his 2016 Budget proposal today. Jon Murray of the Denver Post breaks it down for the rest of us:

The cost of reforming the troubled Denver sheriff’s department again is a dominant theme in the proposed city budget, with $24 million set aside next year for more deputies, training, technology upgrades and other needs.

Mayor Michael Hancock unveiled his 2016 budget proposal Monday morning. The operating budget calls for the city to spend $1.8 billion, a 5.2 percent increase over this year. The largest part, the $1.3 billion general fund that covers basic city operations, would increase 3.5 percent.

Hancock called the plan a balanced budget that addresses key needs such as jail reform measures and $8 million for affordable housing subsidies — more than double this year’s funding — while keeping reserves flush for a rainy day.

Click here for the complete budget proposal from the Mayor’s office.