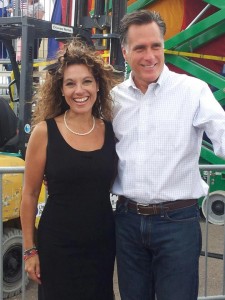 Several months have passed since the Colorado Republican Party exploded in a spate of allegations between supporters of party chairman Steve House and a group of critics led by Attorney General Cynthia Coffman who sought House’s resignation. In a confrontation at a Denver restaurant between Coffman and House also attended by conservative firebrand Tom Tancredo, House was accused of breaking a promise to hire ex-Sen. Ted Harvey as the state party’s executive director–and was threatened with the exposure of an alleged extramarital affair if he didn’t immediately step down.

[Check out our Coffmangate archive if you need a refresher]

Following that meeting, in which House at first agreed to resign and then rescinded that decision, House accused Coffman and others present at the meeting of attempting to extort him over the affair–a very serious allegation to level against a sitting state attorney general. House was cleared of any wrongdoing by the Colorado GOP’s executive committee after hearing from Coffman, and remains chairman of the Colorado Republican Party.

But the story hasn’t ended there. Accusations have continued to circulate on both sides of this unhealed rift within the Colorado GOP, albeit mostly by House’s detractors who are determined to pin whatever they can on him–from financial improprieties to “collusion” with national GOP strategists against the party grassroots.

In addition, House’s critics appear committed to proving that he was indeed having an affair with a woman by the name of Julie Naye. The fixation with proving that House was having an extramarital affair, especially after House was backed by the executive committee in a near-unanimous vote, has always struck us as bizarre. Even if it’s all true, the existence of an affair is no excuse for blackmail. If anything, continuing to talk about this alleged affair helps underscore the likelihood that blackmail occurred here. 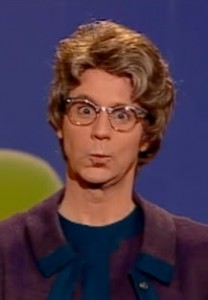 The Church Lady does not approve.

The latest round of this back-and-forth consists of a series of screenshot images purportedly of Julie Naye’s website. The images are being circulated by Jen Raiffie, an Adams County “Tea Party” activist who has been vocal in support of House over the affair allegations. We are unable to verify any of these images as authentic, but they do appear to make the case that Naye is some kind of paid sex worker. At least one image contains text that implies racism in Naye’s alleged business practices, specifically that she “declines the African American Male.”

So let’s assume for argument’s sake that these images are authentic. Yes, it’s politically a black eye for people like Tancredo, or even Mitt Romney of whom photos with Naye exist (see top right). But does it justify blackmailing Steve House as some are claiming today? Of course not. If anything, it’s another data point against the people who went after House. The absolute worst-case scenario here in no way justifies criminal extortion involving the state’s top law enforcement officer.

Obsession with salacious rumors may be exciting, especially for gossipy moral conservative types. But in the eyes of the law, it’s not what matters–nor will it save Coffman from a criminal investigation that we continue to hear is ongoing.

All that matters is what House’s enemies did with those rumors.