This Really Isn’t That Complicated, Brauchlerites 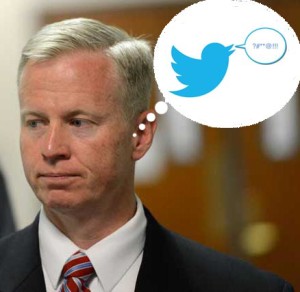 This is not a story about the death penalty.

This is not a commentary on the American legal system.

This is about a very simple, logical, and straightforward concept that seems to be eluding Arapahoe County District Attorney George Brauchler and his political defenders who have been working hard to move the goalposts in the wake of the Aurora Theater Shooting Trial. Brauchler did not get the outcome he was seeking in the trial, and any attempt to spin this as something other than a political loss is nonsense.

We normally don’t pay much attention to the inane crayon scribbles over at Colorado Peak Politics, but their recent rantings about Brauchler and his political future are actually a pretty good example of the absurdly illogical spin that we’ve seen in the last week or so.

We’ve written several times in this space that Brauchler’s political future was dealt a severe blow when an Aurora jury declined to recommend the death penalty for convinced shooter James Holmes (Judge Carlos Samour Jr. ultimately sentenced Holmes to 12 consecutive life sentences, and another 3,318 years in prison for good measure). The politically-ambitious Brauchler made a controversial decision last year to seek the death penalty for Holmes instead of accepting a plea deal that would have sent Holmes to prison for the rest of his life. Reaction was mixed to Brauchler’s decision, because accepting a plea agreement would have saved millions of dollars in taxpayer money and spared some of the victims and their families who didn’t want to relive that fateful night in July 2012.

Politically-speaking, Brauchler had a lot to gain from a successful death penalty prosecution, and you can’t seriously argue otherwise. It’s only logical, then, that Brauchler would lose some political luster if he did not get the verdict he was seeking. We’re not talking about anybody (other than Holmes) being viewed as a moral loser here — this is strictly politics, laid out from the perspective of a political blog…

…Which brings us back to Colorado Peak Politics:

If Brauchler is a “loser” (he’s not) because the Theater Shooter received life in prison instead of death, then so is Denver District Attorney Mitch Morrissey. Yesterday, a jury similarly rejected the death penalty for a case Morrissey was trying against Dexter Lewis, who murdered five people at a bar in Denver, and, then, set a fire to cover up the crime.

What’s that word…you know, the word that is opposite of “win”?

First of all, we should point out here that Denver DA Mitch Morrissey did not, in fact, lead the prosecution’s case against Dexter Lewis. Morrissey no doubt supported the efforts of the two Deputy District Attorneys who handled the case, but unlike Brauchler, he did not handle the trial personally. Also unlike Brauchler, Morrissey has not been jockeying for higher political office. Both Brauchler and Morrissey do have the title of “District Attorney,” but that’s about where this comparison ends.

Look, Brauchler sought the death penalty — and the attention from the trial — and if he had been successful, he would have been a big winner from a political standpoint. But he didn’t. So he’s not.

We would say the same thing about anyone in a similar position — because that’s just the political reality of the situation. If Morrissey was actively pursuing higher office and made the decision to seek the death penalty in a high-profile trial he was handling personally, his political fortunes would rise or fall with the outcome of said trial. In politics, if you’re not up, you’re down. That’s the way it goes.

It’s not just losing the death penalty that hurts Brauchler politically — his handling of the trial and the subsequent media interviews are more than enough to mark an ‘X’ in the loss column. There’s a good reason why Brauchler goes out of his way in news interviews — again, and again, and again — to frame the trial’s outcome as the result of a decision made by a single juror. For example, here’s Brauchler on KNUS 710-AM last week:

“But for this one juror, I think folks would have said roundly, ‘Men, you did this case perfectly.”

Brauchler and his supporters seem to be entirely unconcerned about the prospect of using media coverage from the Aurora Theater Shooting Trial as a transition for a potential run for U.S. Senate. The fact that so many people are trying to pretend that the trial outcome was anything but a loss for Brauchler should speak for itself.