Americans For Prosperity Eats Its Own, John Suthers Edition 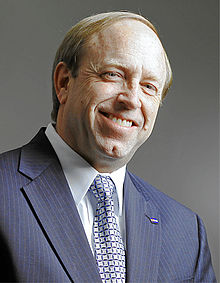 We noted it in today’s Get More Smarter, but worth its own mention as the Colorado Springs Gazette’s Billie Stanton reports:

Americans for Prosperity says no sales tax increase is needed to fix Colorado Springs roads, but Mayor John Suthers says that contention is based on “an incredibly uninformed analysis.”

AFP, a Republican political advocacy group, issued a news release Thursday saying a certified public accountant had reviewed the city’s budget and found Colorado Springs has “more than enough money” to fix its infrastructure without pursuing a sales tax increase…

So, here’s the thing about driving around in Colorado Springs: the roads are in very bad shape. We know you all regularly drive over rough patches in your commutes wherever you live, but in Colorado Springs, those rough patches are more like the whole road. As with just about every other public service in Colorado’s world-famous conservative mecca, the maintenance of the city’s ribbed backsides has always been carried out on a shoestring budget.

But forget all that, folks, this is the land of the Ronald Reagan Highway! And if a shining city on a hill like Colorado Springs were to vote to raise taxes on itself to pay for something done by the government, why, those pesky liberal blogs would never let them hear the end of it. 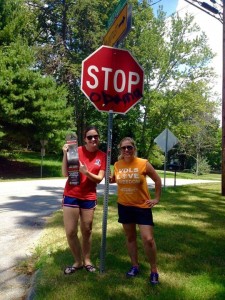 And that is how conservative Republican Mayor John Suthers of Colorado Springs, the state’s former attorney general, would up on the wrong side of Koch brothers-funded conservative astroturf group Americans for Prosperity.

Suthers said he had been in office about a week when Jeff Crank, formerly of AFP, asked if his budget expert could look at the city budget. But no one did, nor did they contact the city’s finance office or the citizens committee that’s studied city budgets for six years, the mayor said…

Suthers completely dismissed [AFP accountant Steven] Anderson’s recommendations, pointing out that sales tax money comes from more than city residents, [Pikes Peak Rural Transportation Authority] money is distributed as it should and tax rebate deals to promote development bolster the economy and create jobs. Furthermore, he said, the only entities excluded from city property taxes are churches, nonprofits and the military.

“Do you think the citizens of Colorado Springs would vote to tax churches and nonprofits? We’d be the only jurisdiction in Colorado that did that,” Suthers said. [Pols emphasis]

It’s tough to say how this one will play out. Groups like AFP are masters at pushing the precise messaging buttons needed to turn out the blind-charging anti-tax conservative base in droves, and the deep pockets to give them all T-shirts. Against that, you have the credibility of a popular conservative Republican mayor, asking for money to fix his city’s monumentally crappy roads.

The outcome will show who’s doing the proverbial wagging: the tail or the dog.

Or maybe AFP is the dog now.