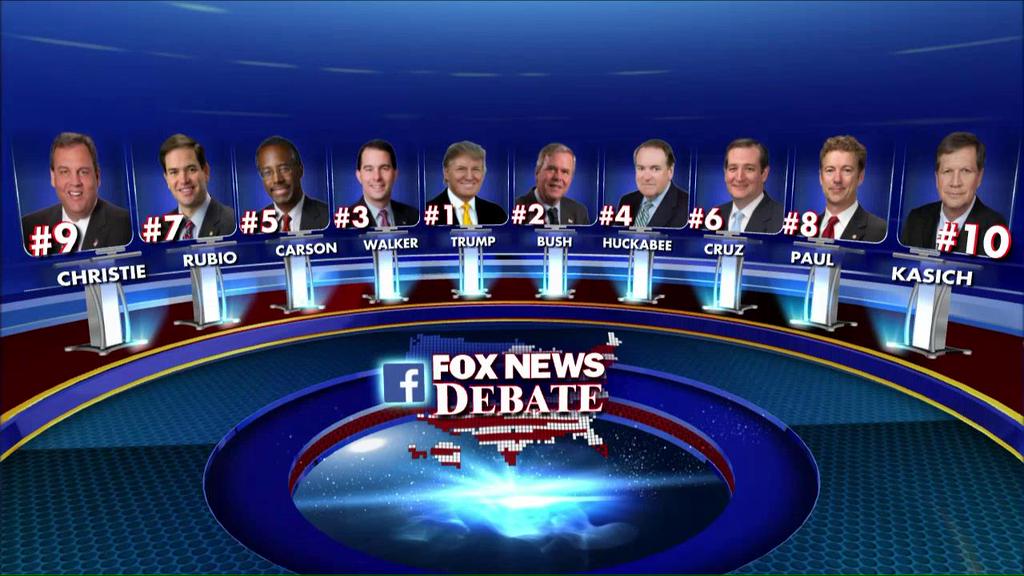 The debate in Cleveland marks the beginning of a new stage in the Republican nominating contest, where candidates will likely sharpen their first contrasts with one another and the field’s front-runner, Trump. The debates — which gave new life to presidential candidates like Newt Gingrich in 2012 — are now only open to the heavily splintered party’s favorites.

Oddly, we haven’t seen any advertisement of a Republican watch party for tomorrow night’s GOP presidential debate, and there’s nothing on the Colorado GOP’s calendar as of this writing. Democrats, on the other hand, have numerous debate watch parties on their calendar for tomorrow, with the Denver, Arapahoe, El Paso, and Jefferson County Democrats all holding debate-themed events for their members and the public.

Of course, given that the GOP presidential race as of today is a Donald Trump-dominated sideshow, maybe this all makes sense?

Either way, we’ll be tuned in tomorrow night for the bigger of the two debates (sorry, Rick Perry), and live-blogging in this space. What will happen in Cleveland? Will an also-ran bust out of the pack? Will any statesmen stand out from the jokers? Will Trump simply fire them all like an episode of The Apprentice?

We’ll all find out together, nation. Stay tuned.