A remarkable message from freshman Rep. Ken Buck posted to Youtube today, warning in the scariest terms he can muster against the proposed treaty between the “P5+1” group of nations–China, France, Russia, Germany, the United Kingdom, and the United States–and Islamic Republic of Iran to prevent the latter nation from obtaining nuclear weapons:

Iran is a threat to Julesburg, a threat to Jerusalem. A global threat to everyone, everywhere. @BarackObama http://t.co/AfoSKtuWsB #IranDeal 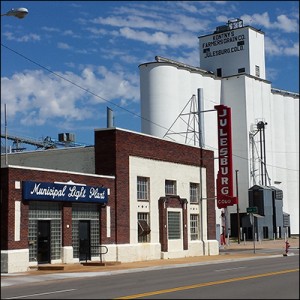 For those unfamiliar with rural Colorado geography, the town of Julesburg, population 1,225, is located in the northeast corner of the state near the Nebraska border about 185 miles from Denver. Julesburg’s chief claims to fame were a former Pony Express stop and serving as the seat of Sedgwick County (population 2,380), before becoming known since last year as the most convenient location for Nebraskans to buy weed.

Needless to say, we have trouble imagining Julesburg on a list of targets for an Iranian nuclear attack.

With that said, ginning up opposition to the Iran treaty appears to be a significant goal of Republican political strategists for the August recess just now getting underway. The most recent round of public opinion polls on the proposal suggest that weeks of shrill scare tactics like Rep. Buck’s above have significantly hurt support for the treaty with the voting public. These latest polls are a major departure from polling earlier this year, which showed Americans overwhelmingly in support of the same treaty.

Much like Obamacare, the “failed stimulus” that didn’t actually fail, and so many other objectively good things that Republicans have managed to demagogue into undeserved unpopularity, this erosion of support for the Iran treaty is the direct result of agenda-driven partisans placing political goals above the nation’s best interests. The sheer repetition of talking points gives them validity, to the point in this case where Americans appear willing to reject a treaty negotiated not just by President Obama, but a group of the most powerful nations in the world. Although Republicans want to lay this treaty solely at the feet of Obama, they’re really telling Americans to give the rest of the world the finger to placate one faction of Israeli politics.

And as Ken Buck demonstrates better than we ever could, it’s getting ridiculous.