Carly Fiorina Gets A Little Klingenschmitt On Her

As the Denver Post’s Lynn Bartels reported Friday, one of the gaggle of Republican presidential hopefuls in Denver this weekend for the Western Conservative Summit, former Hewlett-Packard CEO Carly Fiorina, was featured at a RealClearPolitics event at the Brown Palace:

Fiorina spoke at the Brown Palace in Denver at an event sponsored by RealClearPolitics. She also will address the Western Conservative Summit, which kicks off its three-day gathering in Denver on Friday. She received a warm reception — state Rep. Perry Buck, R-Windsor, cheered as Fiorina took the stage after being introduced by Carl Cannon, the Washington bureau chief for RealClearPolitics.

On the timely subject of marriage equality for LGBT Americans, the “moderate” Fiorina had this statement:

I support civil unions and I have for a very long time because I do not believe government can discriminate in any way. Everyone should be protected equally under the law. It’s why I provided benefits to same-sex couples way back in 1999 when I came to Hewlett Packard.

On the other hand, marriage means something very specific. I do not think it is the purview of five people on the Supreme court, unelected and unaccountable, to think in their hubris that they have the power to change that. I hope that after this decision we will focus on preserving and protecting religious liberty because there are millions of people who disagree with this decision. I’m one of those people who believes marriage is between a man and a woman. [Pols emphasis]

As if to reinforce the point, here’s what may go down as the defining image of Fiorina’s weekend in Denver: 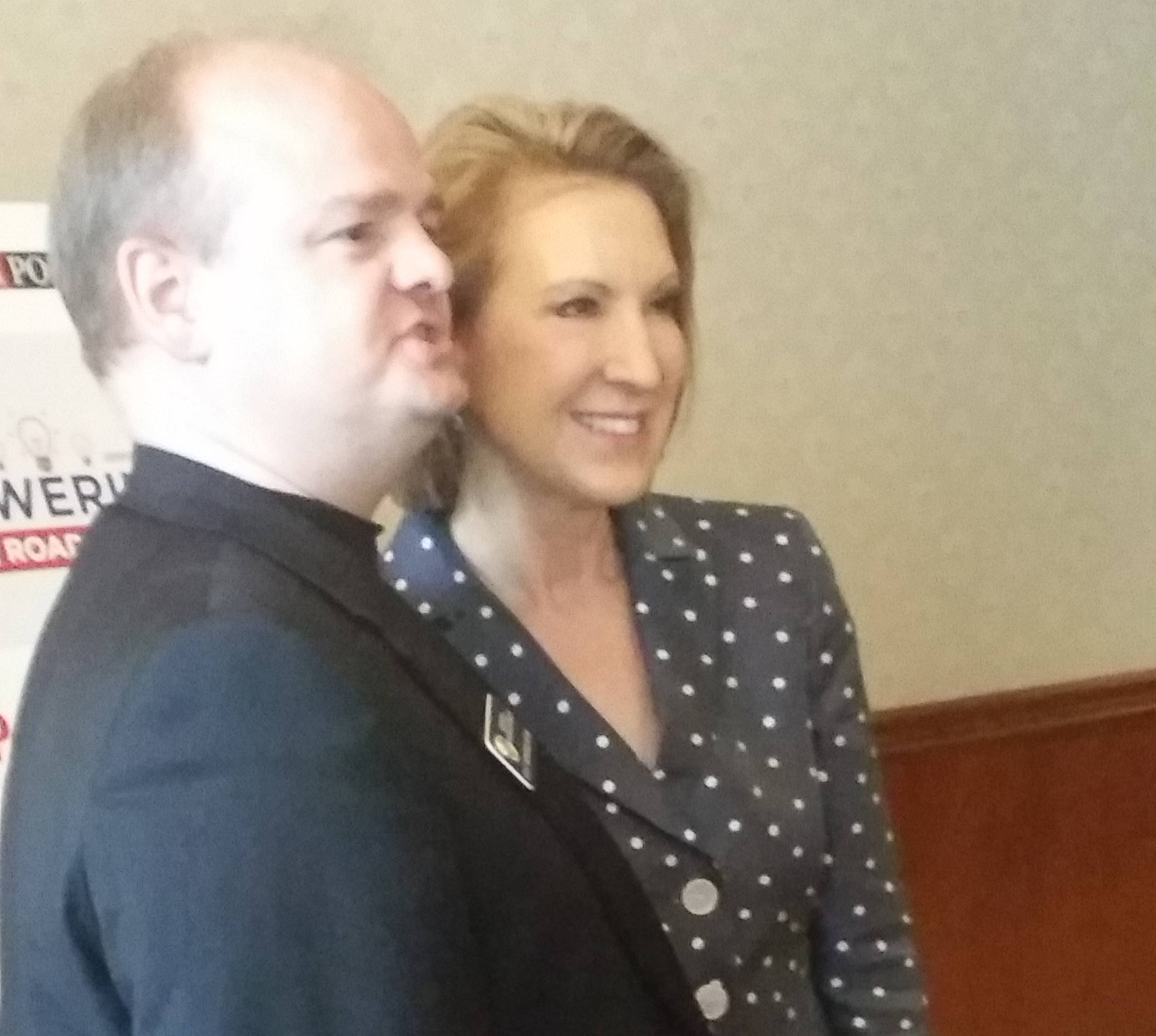 Now folks, it’s not like we expect Republican candidates for President, or more appropriately their staff, to consult the Southern Poverty Law Center’s list of hate groups to necessarily know that this is Colorado Rep. Gordon “Dr. Chaps” Klingenschmitt. The same “Dr. Chaps” who has been made infamous in local, and sometimes national press with his SPLC-listed Pray In Jesus’ Name Youtube ministry, expounding on demon possessed-ness of President Barack Obama, the media, the gays, abortionists, and we’ve surely missed a few others. The same “Dr. Chaps” who said a sitting member of Congress wants to behead Christians ISIS-style, and who turns the lurid crime headlines of the day into “God’s wrath upon America.”

So in the future, maybe it would be, you know, smart for presidential candidates and their ever-watchful highly paid staff to screen this guy at the photo-ops. Right? Learn to know him the way we know him.

What’s that you say? Isn’t he an incumbent Colorado state representative?

The answer of course is yes, national spotlight–but that’s our problem.