BREAKING: Mike Coffman Will NOT Run for Senate in 2016 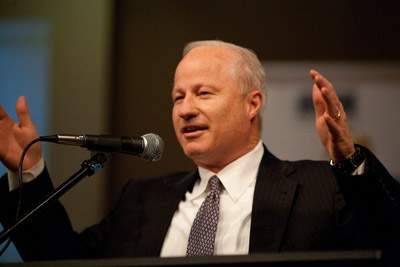 Lynn Bartels of the Denver Post with the breaking news confirming what we’ve been saying for months now: Rep. Mike Coffman will NOT challenge Sen. Michael Bennet in 2016:

“It certainly was an option I was looking at,” Coffman, an Aurora Republican, told The Denver Post Monday.

We’re not surprised to hear this announcement from Coffman, nor are we surprised with his attempt to pivot and present himself as a “leader” on the Veterans Hospital fiasco in Aurora — though his aggressiveness on the latter issue raises a few eyebrows. Coffman clearly senses that the Aurora VA Hospital mess is a political problem for him, as it should be — after all, Coffman represents Aurora and is the Chairman of the Subcommittee on Oversight and Investigations for the House Veteran’s Affairs Committee. Check out the not-so-subtle change of topic by Coffman:

“But the fact is, I’m really able to get things done where I am right now. I’ve emerged as a national leader on veterans issues.”

Problems with a Veterans Administration hospital project in Aurora have made headlines for weeks. The Post reported in May that U.S. Department of Veterans Affairs officials in Washington knew about management problems with the project as early as May 2011 — seven months before construction began — yet two years passed before any changes were made…

…The left, including ProgressNow Colorado, has tried to blame the VA fiasco on Coffman.

“Coffman can be outraged. He can be frustrated. But he cannot be shocked or surprised when as Chair of the Oversight Committee, he had known this information for years — and until recently has done almost nothing to fix the problem,” said director Amy-Runyon Harms.

Coffman on Monday called the claims “ridiculous,” [Pols emphasis] adding the “culture of bureaucratic incompetency” has gone on for several years at the Veterans Administration.

Coffman is clearly concerned that the VA Hospital could end his political career, which no doubt helped make his decision to run for re-election in CD-6 rather than challenge Bennet in 2016. Perhaps Coffman reasoned that he stood a better chance of withstanding the VA Hospital storm if he was not running statewide at the same time.

Meanwhile, Republicans have to figure out what to do now that their only serious potential Senate challenger has taken a pass. If the GOP had a bench, we’d be looking in that direction ourselves.