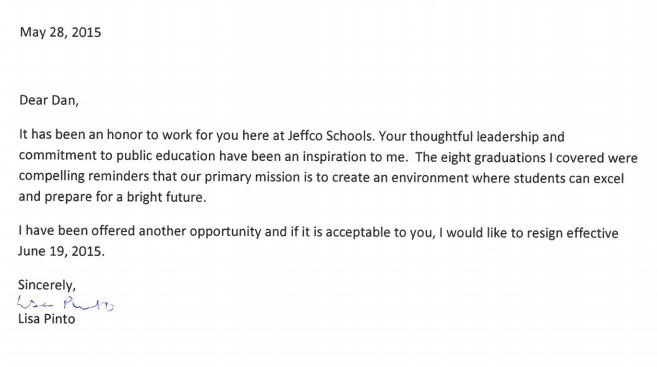 Doesn’t illuminate much, and it would be worth knowing why she is staying on three additional weeks–presumably continuing to pull down her hefty salary. We firmly expect the full story behind Pinto’s resignation will be known soon enough, and we’ll update when we hear it. 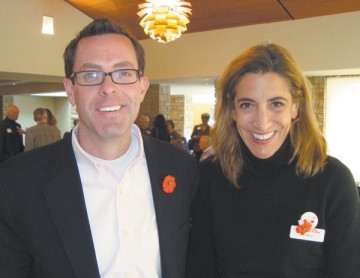 FRIDAY UPDATE: Gabrielle Porter at the High Timber Times confirms today, but still no official statement as of 10:00AM Friday morning:

Jeffco Public Schools chief communications officer Lisa Pinto has submitted a letter of resignation and will be stepping down from her position effective June 19, according to a district staff member.

Pinto was hired on at a salary of $126,678 in January by schools Superintendent Dan McMinimee.

We’ll update as soon as we receive more information. We assume a statement is being drafted and spell-checked now.

That’s the word from multiple sources Thursday afternoon–embattled Jefferson County Schools Chief Communications Officer Lisa Pinto is resigning from her position, following months of disastrous press for the conservative board majority, revelations about alleged discrepancies in her resume that emerged during the candidate search for her position, and most recently an investigation into alleged bullying of a minor student during a public board meeting.

We’ll update with details once available, stand by.