Lisa Pinto’s resume, marked “NO” by a Jeffco employee involved in the search process. 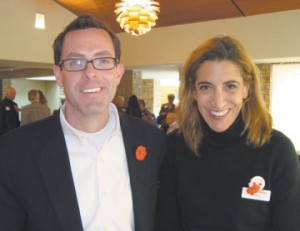 Since being hired last January, Republican media consultant Lisa Pinto has been the point person for the unenviable task of messaging the controversial actions of the Jefferson County Board of Education’s conservative majority. Pinto, a former official with ousted GOP state chairman Ryan Call’s much-balleyhooed “SuperPAC” along with another GOP media type who pled guilty to campaign finance violations earlier this year, has worked to smooth over ongoing embarrassments from far-right board member Julie Williams, and brought in conservative media relations firm Novitas Communications to help improve the district’s rapidly deteriorating image.

Last January, local blogger Paula Reed wrote in detail about Pinto’s hiring, including the conclusion by members of the interview committee that Pinto was unqualified for the job of communications director for Jefferson County Public Schools. Yesterday, some of the correspondence related to this hiring process appeared on our desk–and while we’re protecting identities involved with redactions, it’s clear that Pinto had some serious issues going into her interview. 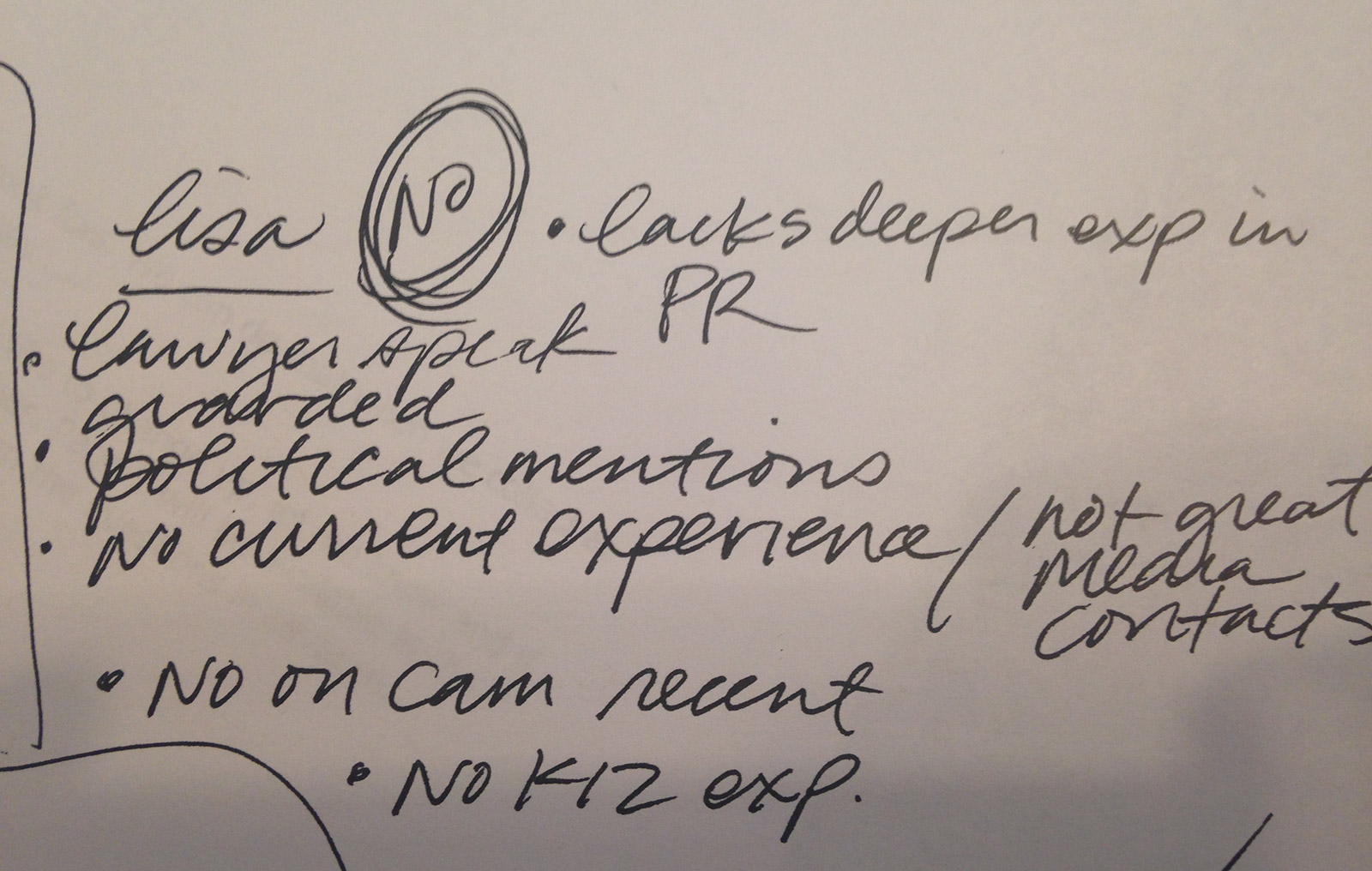 These handwritten notes from a Jeffco Schools employee describe Pinto as “lacking deeper experience in PR,” “guarded” and “political” and given to “lawyer speak,” with “no current experience,” “not great media contacts,” no recent on-camera experience, and (critically for this job) “no K-12 experience.” Another email strongly recommends against hiring and possibly even conducting further interviews with her, based on discrepancies in her resume:

Not a very auspicious review. Here’s a little more detail:

We’ve done some Googling as well, and we haven’t found anything close to 200 media appearances by Lisa Pinto in any capacity. Now, that’s not to say that Pinto has no on-camera experience. One of the few media appearances we were able to find with her was an episode of Politically Incorrect with Bill Maher from 2002–certainly a high-profile appearance, albeit nearly fifteen years old. But there’s a problem: appearing as a Republican-leaning pundit, this clip of Pinto being smacked down by Maher and William Shatner isn’t one that would encourage us to hire her to speak for a school district:

LISA PINTO: But you know what, the species can’t continue if we don’t have children and raise them nicely…

WILLIAM SHATNER: Well you don’t have to be married to do that…

PINTO: I mean, children, children who have single parents don’t do, they don’t thrive. They commit crimes, they do drugs, they’re depressed…

PINTO: It’s true! The ‘shoe-bomber’ is a, has a single mother! This guy who came here…

PINTO: It’s true though! We can mock marriage and family, but that’s the cornerstone…

MAHER: Even Dan Quayle couldn’t have made that leap. [Pols emphasis] Even Murphy Brown, and that’s like…

With all of this in mind, it’s painfully obvious why Pinto got the $120,000 job of chief communications officer for Jeffco public schools. With limited PR experience at best and no K-12 experience at all, her qualifications are political in nature, based on her political compatibility with the far-right majority on the Jeffco school board. Her practical qualifications as a communications employee are directly undermined by her need to hire contracted comms staff from Novitas to help her do her real job damage control as public opinion turns against the board majority, digging up dirt on dissenting students and parents, and running cover for what Jon Caldara calls “Dougco-like reforms” being plotted in one of the state’s largest and best public school districts.

Lisa Pinto may not be succeeding at this job either, but partisan political hack is a job for which she does at least appear qualified.