And there you have it, folks… 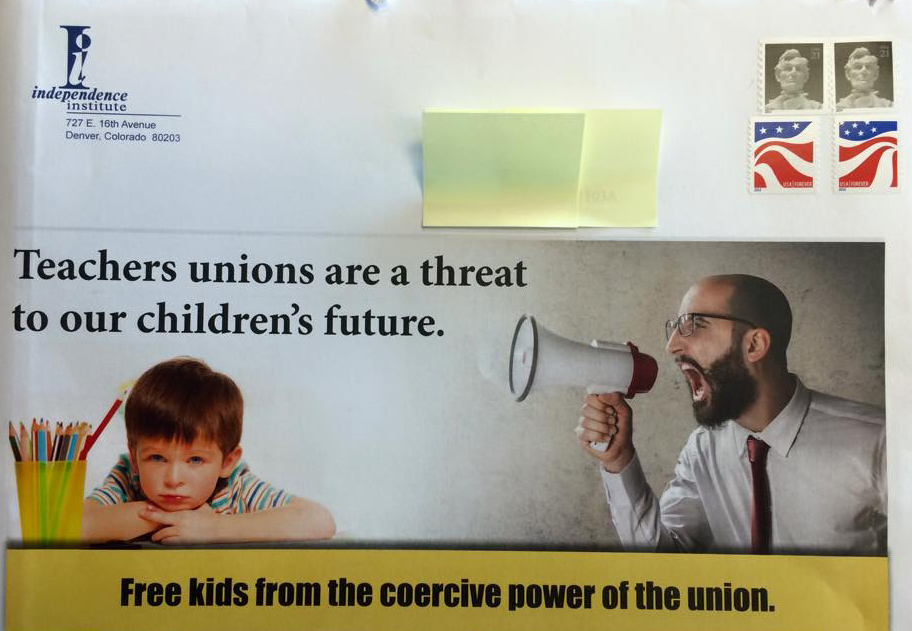 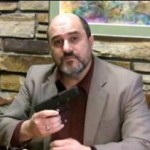 We were forwarded scanned copies today of a lengthy letter from the right-wing Independence Institute’s Jon Caldara, soliciting funds from members to wage war against “the teachers unions and their Leftist allies in Jefferson County.” We’ve posted all eight pages of Caldara’s letter below (click to pull up high resolution scans)–safe to say that this letter was not intended for consumption outside a very conservative audience, as the stated goals of Caldara’s campaign are distantly out of the mainstream.

For one thing, the “libertarian” Caldara launches into a defense of last year’s controversial AP History curriculum review proposal that would make Julie Williams blush:

That “the union” staged last year’s enormous student protests will come as a surprise to the students who actually organized them, and who explained to everyone who would listen that they were outraged by Williams’ AP History “review” proposal without anyone’s help. It’s worth noting that Caldara is aligned with Republican politicians who sent out mailers last year using doctored photos of student protesters to imply their support–even though the students were protesting against the GOP-dominated school board’s actions. Republican politicians who benefited from those mailers include Tim Neville, the brother-in-law of board member Julie Williams.

And again, isn’t Caldara supposed to be a “libertarian?” Don’t libertarians respect questioning authority in the classroom? We can only assume that Caldara wasn’t writing for a libertarian audience.

Here’s another tidbit that won’t sit well in swing Jefferson County. Ever since taking control of the school board in 2013, the new conservative majority has insisted that they were not modeling their agenda on Douglas County, the arch-conservative stronghold presently mired in a lawsuit over religious school vouchers, and which has seen considerable turnover of teachers and staff since a right-wing activist school board started enacting sweeping changes. Well folks, don’t tell that to Jon Caldara:

We’d say their cover is pretty well blown at this point, but in case you needed more proof, here you go.

You can read Caldara’s angry screed in its entirety after the jump–click on the images to pull up full-resolution versions. And next time somebody tells you that there isn’t a right-wing ideological plot afoot to radically alter one of Colorado’s best-performing public school districts, show them this letter.

Because apparently there is. 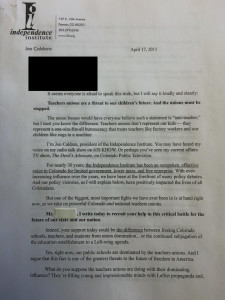 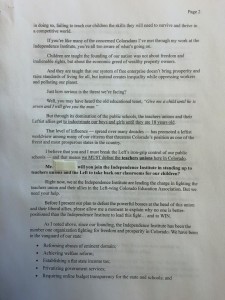 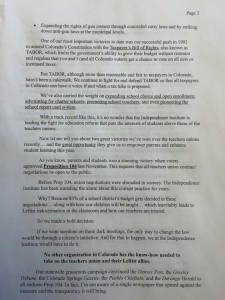 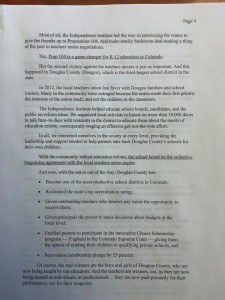 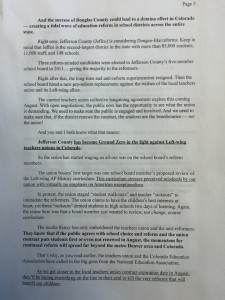 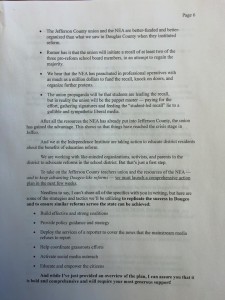 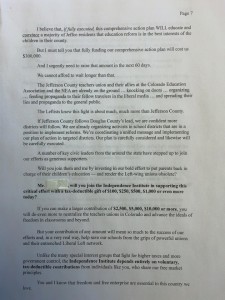 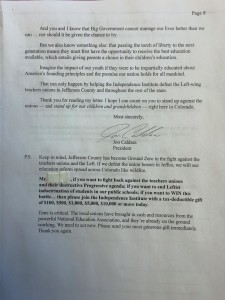