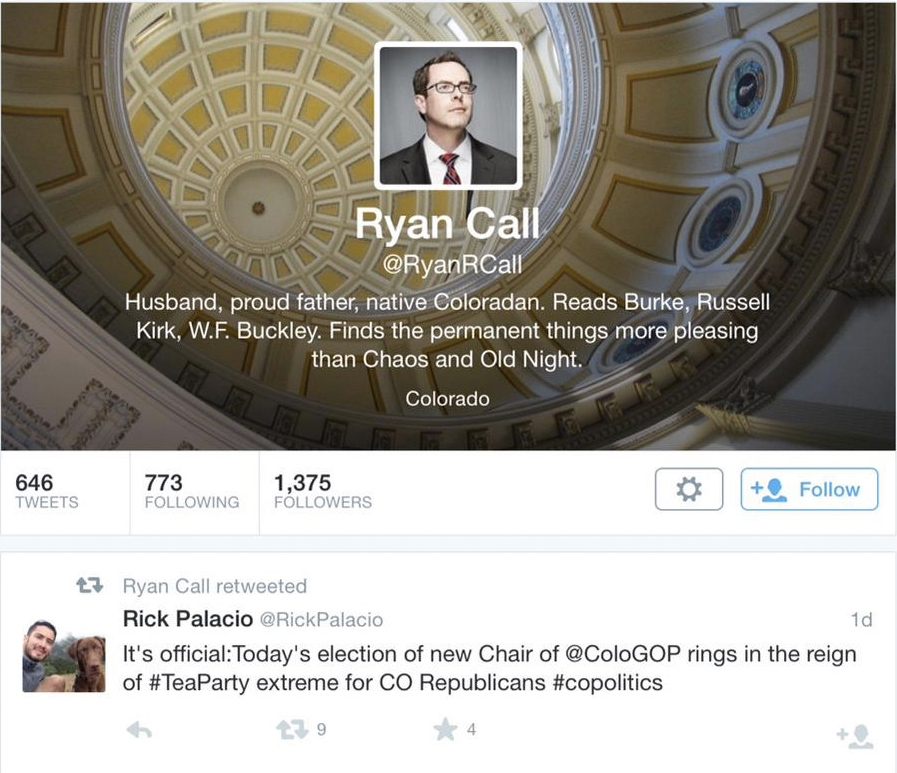 And with that, Ryan Call washes his hands of you. FOX 31:

Just four months after helping to engineer the Colorado GOP’s first big statewide victory in 12 years, Chairman Ryan Call is out of a job.

Steve House was elected over Call by more than 400 Republican delegates at the party’s the annual meeting in Douglas County by the Republican State Central Committee.

Call, who was seeking a third term, was ousted as a result of frustration from both the grassroots and establishment sides of the party.

Call said the party still faces serious challenges going into the 2016 elections, and he wished House “the best of luck.”

Even though the party is coming off its best election in years, some Republican activists say results could have been better with someone else in charge.

Last November, Colorado saw 100,000 more Republican votes than Democratic votes. But Democrats hung on to the governor’s office and the state House.

And remember, you heard it here first.