The wires are abuzz about the latest example of fossil fuel influence attempting to bend science, another Climate Change Denialist hero has been shown as seriously besotted by sooty cash, but failed to note the connection.  His ‘science’ was—in fact—“deliverables” to dirty energy powerhouses, from utilities, coal, oil and gas, the Kochs.

Meanwhile in western Colorado, the Energy Forum & Expo is also creating a stir.

This annual event hosted by Colorado Mesa University, Colorado Mountain College, and the John McConnell Math & Science Center (along with the Grand Junction Chamber of Commerce, Club 20, and the Associated Governments of Northwest Colorado) is known to include a lot of industry cheerleading.

The purpose of the Energy Forum & Expo CO's is to educate Colorado citizens on the role we can play in meeting our energy needs today and into the future.

That the ‘Energy Forum & Expo’ of Grand Junction organized, hosted and sponsored as it is,revolves around Old Energy boosterism is not a new realization, but this year it is something else that is attracting criticism.

This year the keynote is being given by a fringe climate change denier (and ‘earthquake predictor’), who is a favorite on the Tea Party circuit, wingnut radio, and whose ‘expert opinions’ populate articles, between ads for gold, testosterone boosters, and bunker supplies on sites like NewsMax. 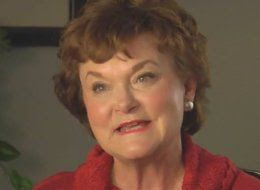 The Energy Forum & Expo is a private event, sponsored by a broad range of energy companies and associations, business groups, and educational institutions.   According to a  letter to the editor that ran in the Grand Junction Sentinel, the speaker was selected by a small group that included long-time oil and gas enthusiast Kathy Hall and Bonnie Peterson, head of AGNC and former director of Club 20.

But here’s the thing.  Even in a ‘Forum & Expo’ clearly geared toward promoting the energy industry and opportunities of western Colorado, the quality of the information ought to be of top concern. Especially with prominent hosts being the local university, a regional college, and an educational science center. And in that regard the event fails, and badly.  The author of the letter above writes of the keynote speaker:

He has a couple of “reports” linked at the bottom of this page… One of them was “pal-reviewed.”

Richard Alward, a local scientist-for-real and a commissioner on the Colorado Oil and Gas Conservation Commission, recently raised his concerns in a Sentinel guest column, writing about Casey:

Rather than a resumé of qualifications, Casey promotes a book he self-published in 2011, provides links to two amateurish “reports” that have never been published outside of his website, and devotes two pages of his website to cataloging five-years of press releases.

Alward blasts the Casey keynote, presented at an event that claimed education:

This is unfortunate, disturbing, and insulting.

All three things are true.  It is unfortunate that an opportunity to provide real education appears squandered.  It disturbing that state funded and other public institutions are 'host' to such a charade. And it is insulting to real science and efforts to offer quality information around critical issues facing Colorado.