Tyler Harber, 34, pled guilty on Feb. 12 to coordinated federal election contributions and to making false statements to the Federal Bureau of Investigation regarding the case. Sentencing is scheduled for June 5. He faces a maximum of sentence of five years in prison for each count.

Harber served as executive director of the Colorado Republican Party’s recently-formed Super PAC, or independent expenditure committee, until the party terminated its contract with Harber shortly after the November election.

“We all sometimes make mistakes and put our faith in folks who perhaps we shouldn’t,” said Ryan Call, chairman of the Colorado Republican Party, who appointed Harber.

Call described the decision to end the contract with Harber as a desire by the party to simply head in another direction….

And to think, last August this thing was Ryan Call's "brain child." 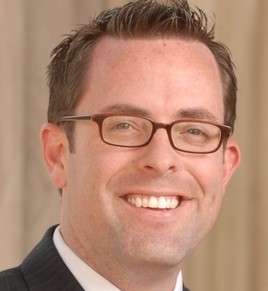 We wrote last week about a guilty plea in a Virginia federal court by one Tyler Harber, a Republican campaign consultant, to charges of illegal coordination between a congressional campaign he worked for and a "SuperPAC" he helped create that received hundreds of thousands of dollars to attack his campaign's opponent. Harber's SuperPAC coordination guilty plea is of particular interest to Colorado political observers, as Harber is a friend of Colorado GOP chairman Ryan Call–and a key consultant for the Colorado Republican Party's own "uncoordinated" SuperPAC.

Here’s why this matters. In Citizens United and other cases in recent years, the US Supreme Court has relaxed many of the rules surrounding campaign finance, with the result that outside groups like super PACs can raise and spend unlimited amounts to help or oppose a candidate. One of the remaining restrictions is that outside groups and official candidate campaigns can’t coordinate their efforts—but politicos have found novel ways to get around that rule. And the Federal Elections Commission, which is in charge of regulating such behavior, is gridlocked along partisan lines and hasn’t been able to agree on how to respond.

So, the fact that federal prosecutors have decided to get involved, and that they actually busted someone, is a fairly big deal.

At the same time, campaign finance can be arcane stuff, and the congressional campaign in question was in Viriginia. In many states, the news likely didn’t find a spot in the local, or even national, sections of the daily newspaper.

But in Colorado, it should have. Tyler Harber, the man at the center of this story, was the person tapped last year by the state Republican Party to head up an independent expenditure committee—akin to a super PAC, though the party doesn’t use that term—with ties to the state GOP last year. [Pols emphasis]

CEW…argues that the IEC coordinates with CRP because Chairman Call and other agents and representatives of CRP will be soliciting contributions to the IEC, but offers no evidence in support of this allegation. CEW admits that the IEC’s Standing Rules require that, beyond the initial appointment of the Executive director and management committee members, the management and development of any plans, projects, expenditures, or activities of the IEC will be conducted independent of any CRP official or staff member, including the State Chairman. CEW believes, but has offered no evidence that the IEC will, in the future, not abide by its own rules. [Pols emphasis]

Well, folks? Would you say a guilty plea to the charge of coordination by the executive director of the Colorado independent expenditure committee might have given this judge pause?

In a phone call, Call said Harber is no longer involved with the state party or its independent expenditure committee—and that anything the consultant did in another state is no more relevant here than if Call was given a traffic ticket while driving through Washington, DC.

A…traffic ticket? Seriously? Illegal coordination of donations between the "hard" and "soft" sides of political spending is at the heart of Harber's guilty plea. It's exactly what Ethics Watch sued the Colorado Republican Party over in response to their formation of this "independent" expenditure committee. Call's dismissal is laughable with these facts in view–and yet we have to assume that it was enough to deter local reporters. After all, there's no story.

Hutchins reports that most local reporters didn't even respond to the CJR's queries. One who did answer, AP's Nicholas Riccardi, actually claimed that "people here in general don’t seem very interested in the ins and outs of political maneuvering and machinery as they are in other states." Well hey, what the hell do we have political reporters for at all then? Isn't it great how he's made this decision for all of his readers? Has it occurred to Mr. Riccardi that as a journalist, his own self-fulfilling presumption helps make that true?

Sorry to be so blunt, but it's ridiculous. And illustrative of a much larger problem.

Kudos to CJR for following up–and for the well-deserved shaming of local reporters who apparently couldn't be bothered to do their jobs. There is a story here that the public deserves to know, to include Republicans getting ready to choose their next party chairman.