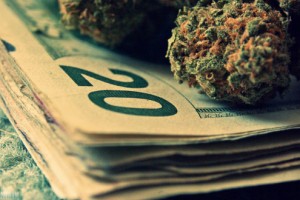 Lots of discussion today about Gov. John Hickenlooper's interview on CBS' 60 Minutes this weekend (video above). One year into Colorado's experiment with legalized marijuana, Hickenlooper's outlook appears to have brightened considerably:

Bill Whitaker: In the beginning you didn't think it was a good idea?

Gov. John Hickenlooper: No. I opposed it. You know, and I opposed it and I think even after the election if I'd had a magic wand and I could wave the wand I probably would've reversed it and had the initiative fail. But now, I look at it and I'm not so sure I'd do that even if I had such a wand. I mean, I think we've made a lot of progress. And, you know, still a lot of work to be done. But I think we might actually create a system that can work.

For context, here's what Hickenlooper had to say last year about marijuana in Colorado in a debate against Bob Beauprez, who openly favored repealing Colorado's Amendment 64:

Asked if he thought it was reckless for Colorado voters to approve legal marijuana in 2012, Hickenlooper kept going.

“I think for us to do that without having all the data, there is not enough data, and to a certain extent you could say it was reckless,” he said. “I’m not saying it was reckless because I’ll get quoted everywhere, but if it was up to me, I wouldn’t have done it, right? I opposed it from the very beginning.

“In matter of fact, all right, what the hell — I’ll say it was reckless.”

Back in March, Hickenlooper went even further:

Keeping the state safe in this new era is a top priority for Colorado Gov. John Hickenlooper. "I think our job right now is to regulate it vigorously, make sure that kids don't get it. Make sure people don't drive when they're high. And if it turns out it is harming our state — we're going to do everything we can to make sure it doesn't — but if it does, we're going to make sure the public hears that as well. Let's say it doesn't work out, I want to be able to say, 'We did everything we could to try and make sure this transition to recreational, legalized marijuana was done effectively, fairly and still didn't work.' And then the voters should look at it again."

We take Hickenlooper at face value on his "evolution" over legal marijuana, since we don't think the apparent success of legalization–both the lack of societal harm or the federal government's so-far tolerance for it–could have been predicted in 2012. Marijuana proponents will of course argue that there was never any real societal danger from legalization, but we don't think it's unreasonable for others to have been skeptical about that. Either way, the experience of marijuana legalization in Colorado is increasingly undeniable: plenty of harm reduction and revenue, with little actual downside. After decades of zero-tolerance criminal prohibition, the last year of the sky not falling in Colorado is proving a lot of people very, very wrong.

And when even beer-baron Gov. Hickenlooper admits it, you can believe it.