"Bill Cadman's private business has received hundreds of thousands of dollars in 'soft money' from political action committees while serving as Senate Minority Leader," said ProgressNow Colorado executive director Amy Runyon-Harms. "Now that he is set to take office as Colorado Senate President, the conflicts of interest invited by this relationship are mind-blowing. How can Cadman assure the public that decisions he makes as President of the Colorado Senate will not be influenced by the money he takes from right wing 527s?"

"The public needs to fully understand the relationship between Cadman's business interests and his duties as Colorado's highest ranking Republican lawmaker," said Runyon-Harms. "Do lobbyists know to steer campaign business to Cadman? Are Republican candidates in any way pressured to work with Cadman's private business? Do Cadman's special interest ALEC partners pay for his services? Does Cadman charge market rates? If not, why not?"

"Cadman's unprecedented double duty as a legislative leader and leading campaign vendor raises serious questions about his ability to lead the Colorado Senate," said Runyon-Harms. "If Cadman cannot provide answers to some very basic questions, then the public cannot have confidence in Cadman–and he should step aside. Coloradans won't tolerate this level of corruption in our state legislature." 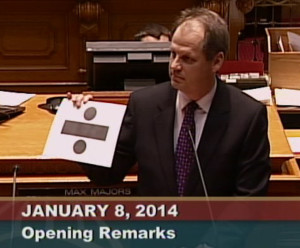 A story we've been waiting to see since the November elections gave Republicans a one-seat majority in the Colorado Senate was published by the Denver Post today–an explosive exposé that could kick off the first major political drama of 2015. Incoming President of the Colorado Senate Bill Cadman, originally elected to the Colorado House in 2000, has been at the center of Republican legislative and electoral strategy for many years. We've had the pleasure of discussing a number of high and lowlights from Cadman's long legislative career, often involving his famously hot temper.

But as the Post's Lynn Bartels and John Frank report at length today, there's a lot more to the story of Bill Cadman that the public doesn't know–and for good or ill needs to know. For starters, Colorado politics has become a lucrative enterprise for our incoming Senate President:

Prior to working as a $30,000-a-year lawmaker, Cadman opened Advantage Marketing, which handles political campaigns.

All told, his firm has received more than $1.25 million from Colorado candidates and committees from 2002 through 2014, according to state campaign finance records.

"It would be a great business if that were all profit, but margins are pretty thin in this business," he said.

The largest payments — about $500,000 total — came from Colorado Citizens for Accountable Government, a Republican attack group designed to help elect legislative candidates that received money from groups Cadman raised money for. In the 2012 election cycle, Cadman's firm received $418,000 from CCAG. In the 2014 cycle, he did $6,325 of work, state campaign finance records show. As a so-called 527 group, the CCAG is not allowed to coordinate its campaign efforts with the candidates or the party. The arrangement is not outlawed but raises questions for critics.

Indeed, Cadman's role as a principal campaign consultant for Republican-aligned 527s and candidates raises a lot of troubling questions. What kind of influence does Cadman have over the people and groups who contract with him? What relationship exists between funding to entities Cadman takes money from, and decisions Cadman might make as Senate President? Cadman has been in the business for a long time, but we don't think his dual political and official vocations have ever been fully reported until this story. It doesn't take much imagination to see how it could be spun quite negatively. 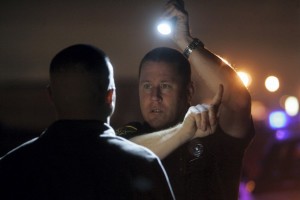 For a man who has spent almost fifteen years in the Colorado General Assembly, perhaps the real shock is that so many details in today's profile have never been reported before now. We learn in this story for the first time that Cadman was arrested for driving under the influence in 2004, and quietly served a year's probation while continuing to serve in the Colorado House. That Cadman's DWAI conviction as a sitting legislator has never been reported until the week he takes over the Colorado Senate is…well, that's pretty remarkable, don't you think? Why didn't we hear about this during, say, last year's rancorous debate over GOP Rep. Mark Waller's felony DUI bill? We don't have a good explanation for how Cadman's DWAI conviction while serving in office escaped notice for all these years, even through other detailed airings of political dirty laundry–but we're pretty sure in the post-Laura Bradford era it could not happen this way again.

Another important, underreported fact about Cadman reported at last in today's story is his leadership role in the controversial American Legislative Exchange Council (ALEC), the conservative policymaking organization that has made national headlines in recent years. Bartels and Frank report that after having served as state chair of the organization, Cadman joined the national board of ALEC in 2013:

Among his conservative credentials: He's a member of the American Legislative Exchange Council, or ALEC. Cadman's ties provide fodder for his critics, who question the conservative organization's controversial past ties to voter ID bills and the "Stand Your Ground" legislation spotlighted by Trayvon Martin's death in Florida.

Cadman, who joined ALEC's national board in 2013, called it a "great" organization that provides a "great" format for addressing state issues. He pointed out that before the budget crises of the past decade, taxpayers paid for trips Colorado lawmakers took to ALEC and other legislative conferences. Democratic lawmakers, he noted, didn't raise any concerns.

The fact is, until ALEC became a household name after Trayvon Martin and the organization's subsequent hemorrhaging of corporate sponsors, there wasn't much public awareness about them at all. Even in recent years, as major corporations like Google, Kraft, GM, and many more have publicly cut ties to ALEC, the organization has quietly retained its influence in Colorado politics. Each year, ALEC model bills on a variety of topics are introduced in the Colorado General Assembly. Without third-party watchdogs to compare the often verbatim language their lineage is never properly understood by many legislators, let alone the public. There is a major disconnect between ALEC's nationwide toxicity and their pervasive influence in Colorado legislative politics: and as ALEC's leading voice under the Gold Dome, a good deal of that disconnect comes down to Bill Cadman personally.

Bottom line: the GOP caucus that elected Cadman President of the Colorado Senate is of course aware of the good deal he has worked out for himself as a "campaign consultant" doubling as the state's highest-ranking Republican lawmaker. ALEC may be unpopular everywhere else, but within Republican politics it elevates Cadman instead of hurting him. But the public perceptions of all this could be very different, and if the logical questions raised by this story result in more damaging press, it's possible that Cadman's political and business interests alike will take a hit.

As for this DougCo DWAI on the down low? Something tells us there's more story there too…