How Many Colorado Republicans Attended “WallBuilders?” 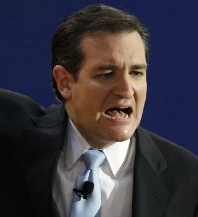 Does Sen. Ted Cruz believe AIDS is God's punishment for being gay?

Does Cruz believe that government should regulate homosexuality and that public schools are using anti-bullying laws to indoctriinate children into homosexuality?

Does Cruz believe that we need more hate and less tolerance in the world?

If not, perhaps Cruz should explain why he's headlining a legislative conference in Dallas this weekend hosted by a group whose founder has said each and every one of those things.

Also reportedly at the WallBuilders conference this weekend was Gov. Bobby Jindal of Louisiana, and a large number of Republican state legislators from across the nation. We haven't heard yet how many Colorado lawmakers went to Texas this weekend, but as you can see in the promo video for this year's WallBuilders conference, it's quite popular with Colorado General Assembly Republicans: 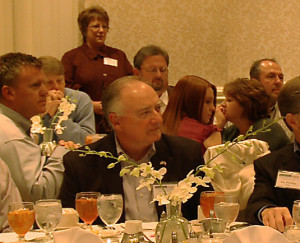 WallBuilders is led by a well-known religious right activist named David Barton. Barton has his own page in the Southern Poverty Law Center's Extremist Files:

A fervent homophobe, Barton has claimed that gay people die “decades earlier” than others and have more than 500 partners apiece in their lifetimes. On his WallBuilders radio broadcast, he’s flagrantly misled listeners by saying that the “leading pediatric association in America” has cautioned educators against providing education about homosexuality. But the American College of Pediatricians that Barton referred to has only a couple of hundred members and is, in fact, a right-wing breakaway group from the 60,000-member American Academy of Pediatrics, which is the real “leading pediatric association in America.” The group he cited split with the American Academy of Pediatrics explicitly because it had taken an official stand that there is no harm associated with same-sex parenting.

Some of Barton’s claims are mind-boggling to any reasonably well-educated person. For example, in his version of history, the founding fathers “already had the entire debate on creation and evolution,” and chose creationism. Reality check: Charles Darwin didn’t publish his theory of evolution in The Origin of Species until 1859, more than half a century after the founding fathers were active. Barton also has asserted that the American Revolution was fought to free slaves. “That’s why we said we want to separate from Britain, so we can end slavery,” Barton said. Actually, that’s ridiculous. Many of the founding fathers were slaveholders, slavery is acknowledged (although it is not named) in the constitution that they wrote, and the British Empire outlawed slavery three decades before the United States did…

Barton still retains some influence, but only in the most extreme and uneducated segments of the Christian Right. Virtually all serious conservatives have repudiated him, and his chances of making a comeback seem remote, to be kind, although he sounds just as glib and sure as himself as ever.

The "extreme and uneducated segments of the Christian Right?" Sounds like the perfect choice for our new GOP Senate leadership to take direction from! Did new Senate Majority Leader Mark Scheffel attend Barton's conference again this year? What about Kevin Grantham, now the chairman of the Senate Appropriations Committee? Given that LGBT equality is an issue Republicans in Colorado generally ran from this election season, it would be very interesting to know how many of our own legislators went to Dallas this weekend to get fired up for the next round of the "culture wars."

Our assumption until we hear more: too many.