The Governor's office and stakeholders continue to discuss a potential legislative alternative to the fracking issue in order to avoid a handful of ballot measures that could show up this fall (more on this later). We've written before in this space that arguing for local control in fracking decisions is actually tough to oppose Hardliners who have thus far opposed any real efforts to find a legislative compromise are seriously misplaying their hand here, and images like those below certainly don't help their argument.

District 6 Stadium in Greeley is hosting two graduation ceremonies this weekend — Greeley Central High School tonight, and Northridge High School on Saturday — and we're guessing that grandma and Aunt Sally aren't going to be too pleased with the view from the stands. Anyone in Greeley who continues to support drill sites like this…well, we don't even understand what you would say in your defense. There are some locations, like the one below, that just should not be drilled. 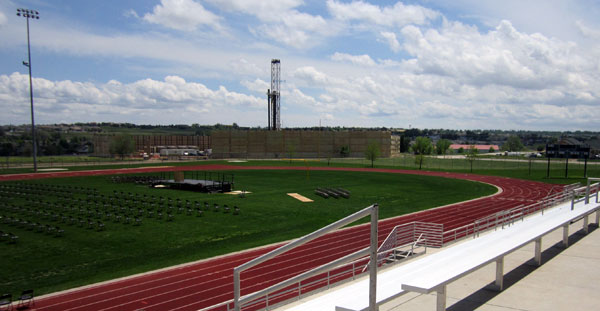 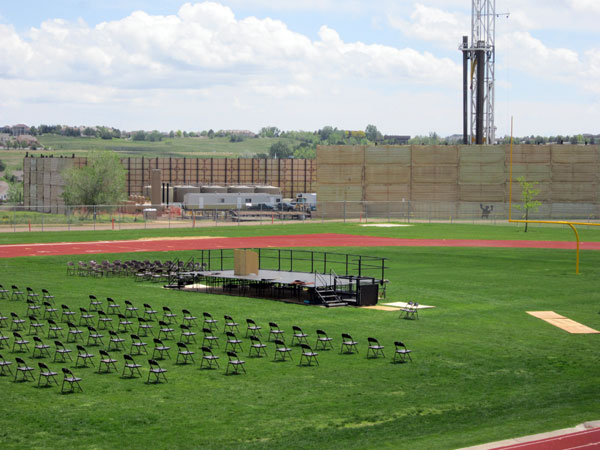