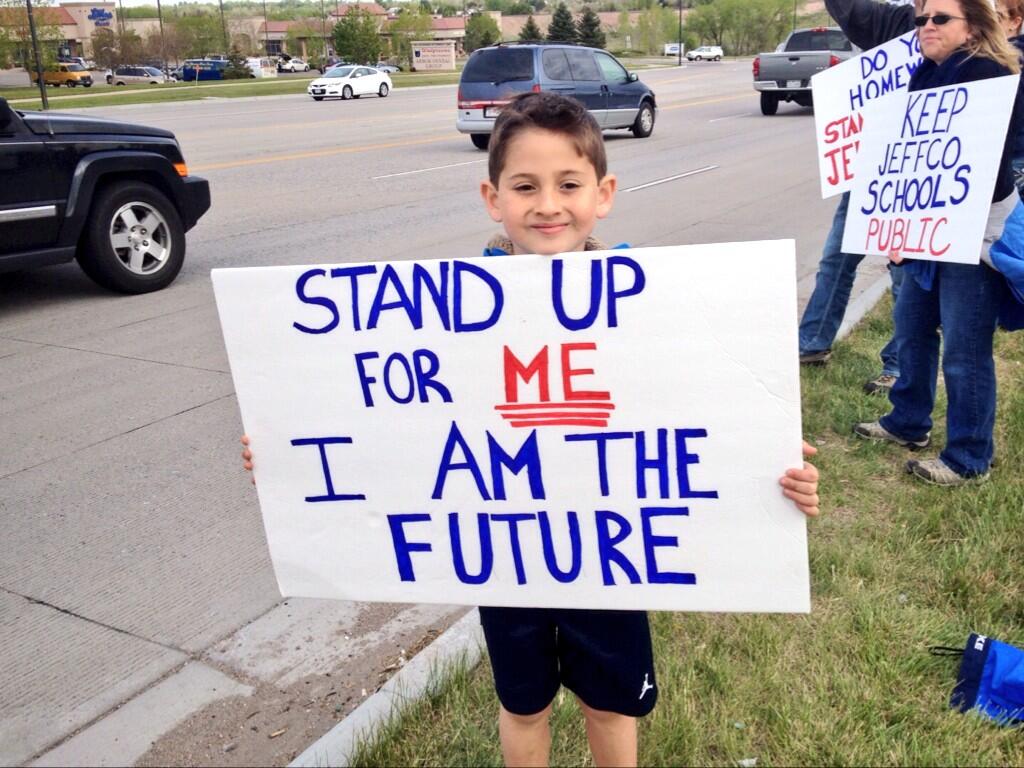 FOX 31 reported Friday evening, as controversy over the radical agenda of the new conservative Jefferson County Board of Education continues to grow:

Teachers, parents and students lined several intersections along Wadsworth Boulevard, to show support for Jefferson County teachers and students, while also voicing frustration with the conservative, 3-2 school board majority.

“There is miscommunication happening and there is not transparency,” said Sarah Freza, a Jeffco parent and middle school teacher.

Many said there was not transparency when negotiations with teachers stalled, the long-time superintendent resigned, and a nationwide search for a replacement led to one finalist.

This is part of a effort called "Boots on the Boulevard" where protesters stand at major intersections along Wadsworth from 104th Avenue on the north end to Chatfield Avenue on the south end. They are upset with recently elected board members Ken Witt, John Newkirk, and Julie Williams who make up the majority.

"Right now, we feel very kicked to the side," [teacher Sarah] Jenkins said.

She is worried about teacher pay and respect for teachers. Protesters have also have concerns that Witt, Newkirk, and Williams have made cuts to full day kindergarten while adding funds to charter schools…

Protesters are also upset with the selection of a solo finalist for superintendent, Dan McMinimee, who is the current assistant superintendent of Douglas County. In Douglas County, a conservative controlled school board [has] launched a series of school reforms including a market-based pay for performance program for teachers and an effort to launch school vouchers.

For those not familiar with the local geography, Wadsworth Boulevard is the principal north-south artery of suburban Jefferson County, running directly through the county's heavily populated cities of Westminster, Arvada, Wheat Ridge, Lakewood, and Littleton. From our observation, the "Boots on the Boulevard" demonstration involved literally hundreds of teachers, parents, and students, at major intersections running the whole length of Wadsworth in the middle of rush hour. The level of visibility Jeffco teachers achieved Friday afternoon is greater than just about any earned media coverage could ever net them. It's reasonable to assume that much of the voting public in Jefferson County is unaware something controversial is happening with their new school board, or even that there is a new school board.

A whole lot of voters got the message Friday afternoon. More photos after the jump. 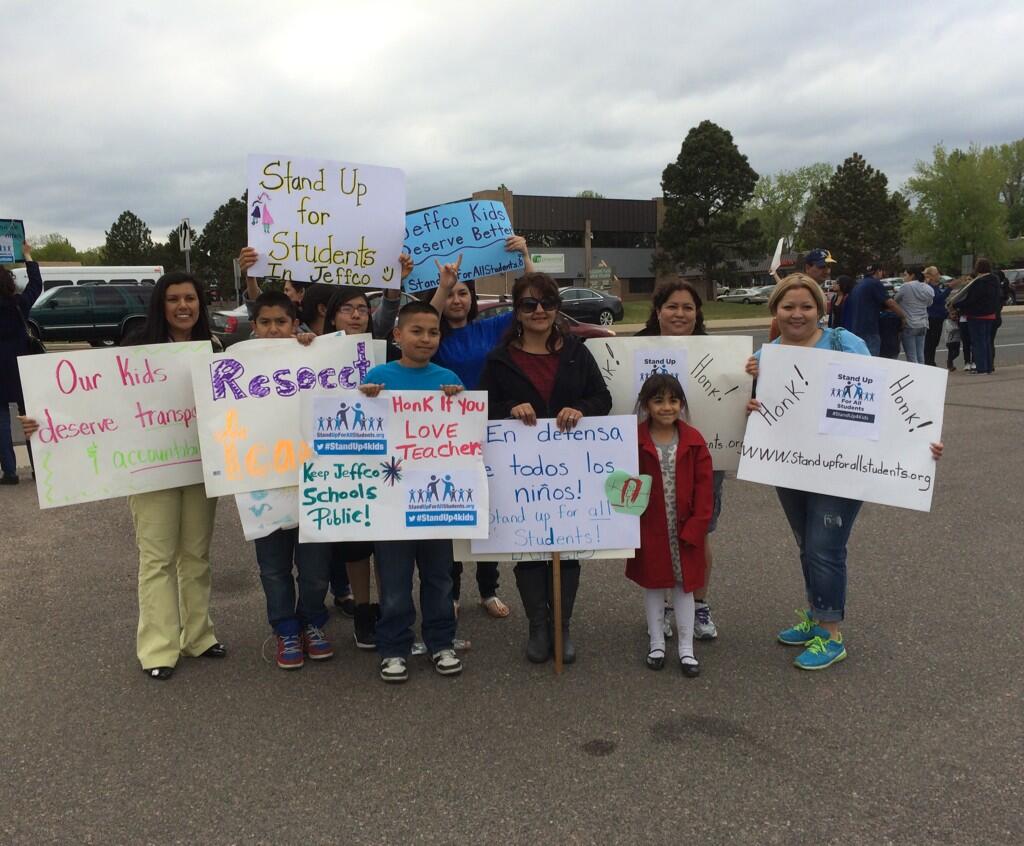 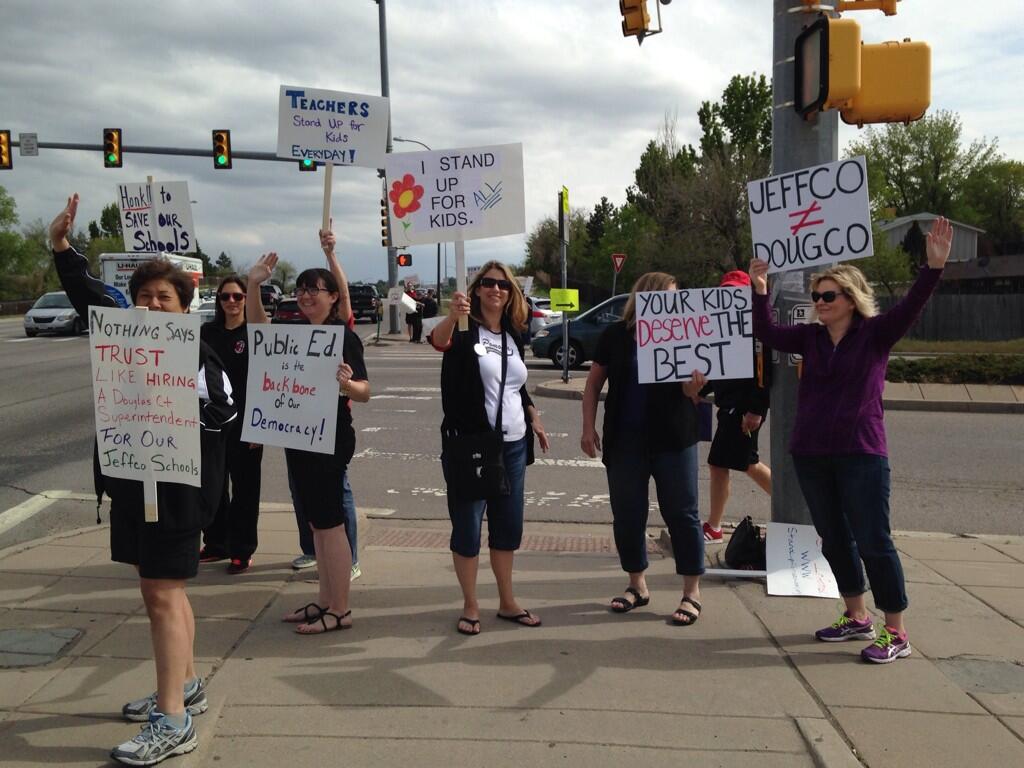 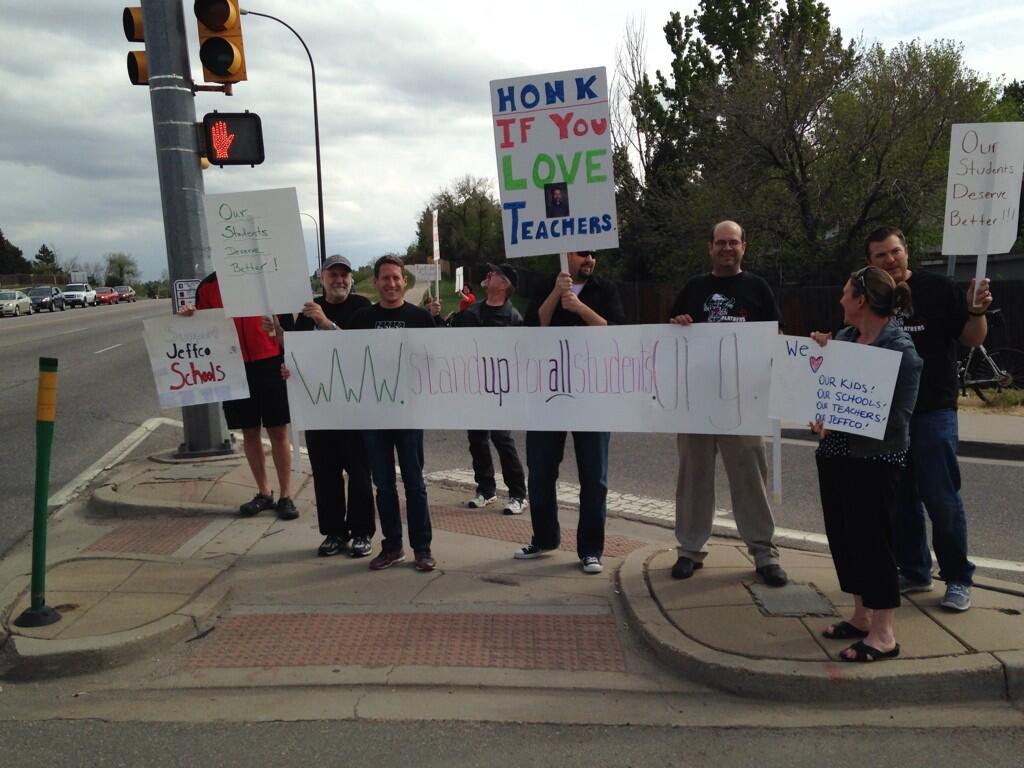 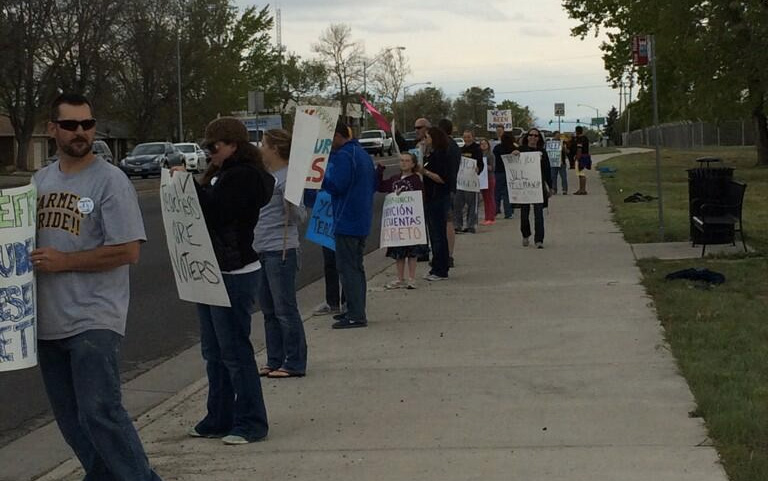 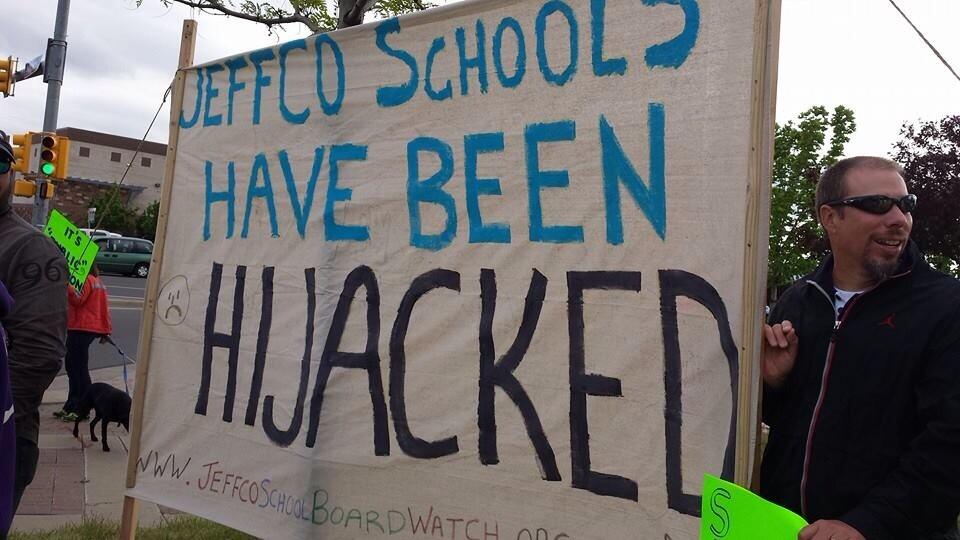 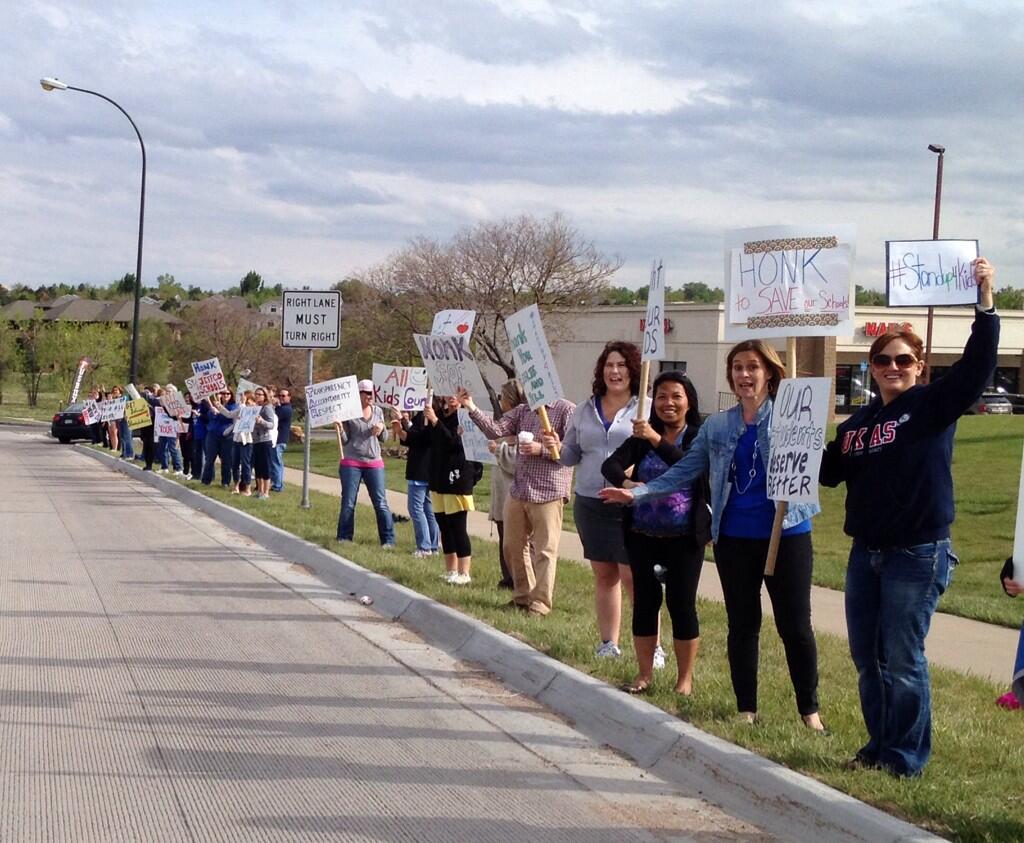