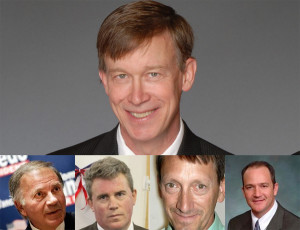 The Denver Post's Lynn Bartels reports, "Governor Bartender" is raking in the tips:

Hickenlooper raised $984,564 from 3,952 donors, more than half of whom are new contributors, and more than 90 percent of whom are from Colorado, his campaign reported. More than two-thirds of those who contributed were grassroots donors who gave less than $150.

“We are very humbled to receive this level of support from across the state and remain committed to keeping Colorado’s economy healthy,” Hickenlooper said.

Hickenlooper had $889,000 cash on hand by the April 2010 reporting deadline, which was the previous record.

We're awaiting more fundraising numbers due out today–Bob Beauprez is claiming some $443,000 raised on Twitter, but at least $200,000 of that is reportedly self-funded. We'll update as more numbers come in, but we don't expect any of Hickenlooper's opponents to be even remotely close.