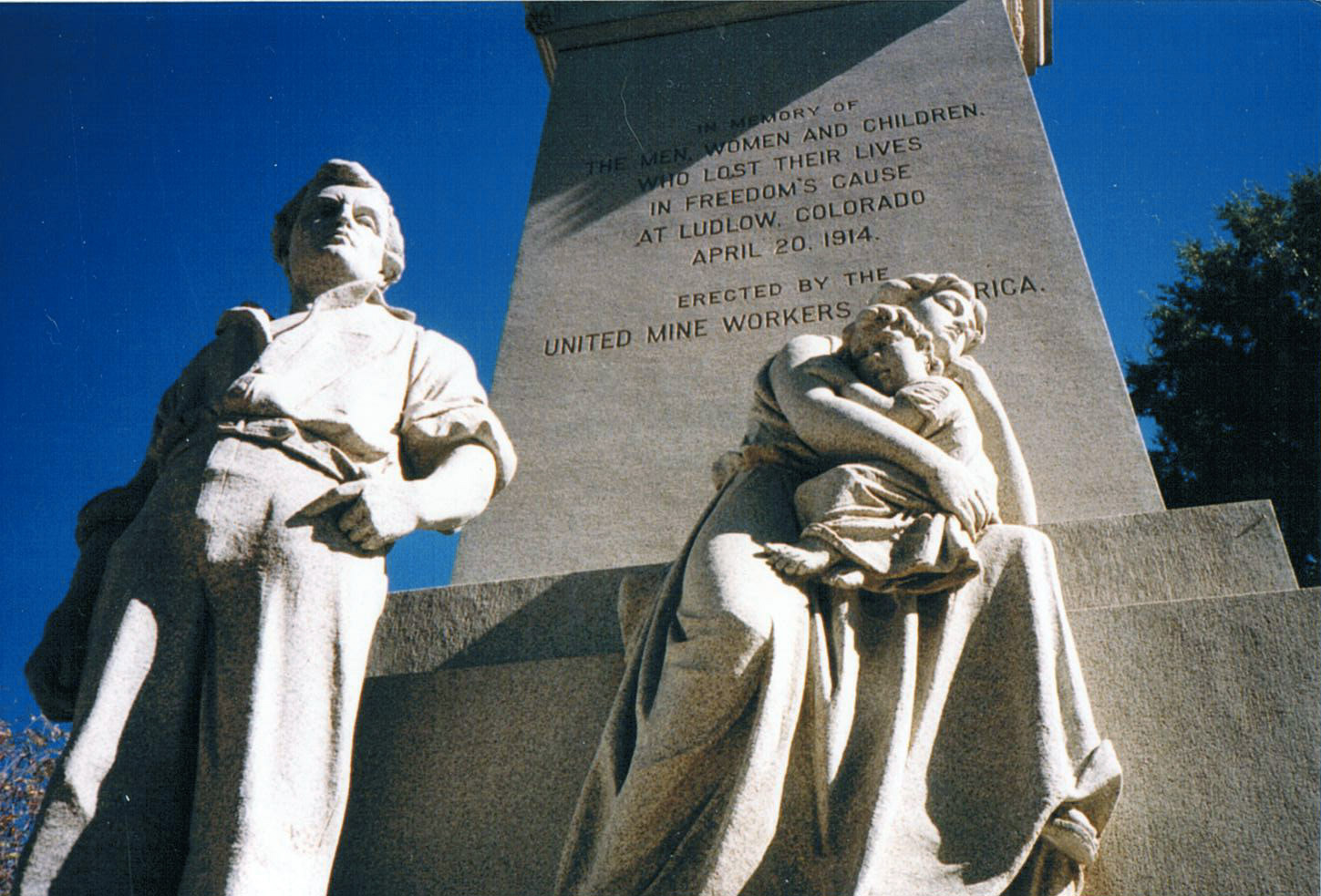 100 years ago today, a gunfight broke out between members of the Colorado National Guard and striking coal miners employed by the Colorado Fuel and Iron Company near Trinidad, Colorado. During the fighting in and around a tent encampment of striking miners, eleven children and two women were killed when the tent above a pit they were taking shelter from the fighting in was set on fire. This event became known as the Ludlow Massacre, and shocked the nation into a greater awareness of the poor working conditions and exploitative "company town" economic predation faced by coal miners.

This event is being widely commemorated on its 100th anniversary today, and we'll update with coverage.