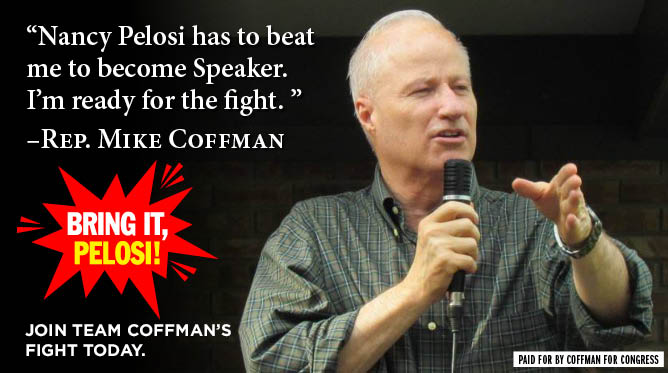 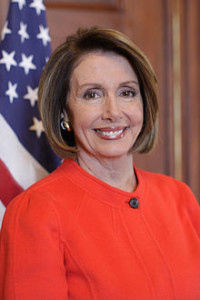 SNEAK PEEK—COFFMAN ROBODIALS: ‘BRING IT, PELOSI’: Colorado GOP Rep. Mike Coffman, who represents a key swing district in the Denver suburbs, has already been hit by Democratic ad dollars in his district. He’s fighting back with a new campaign called “Bring It, Pelosi,” arguing that without his district, House Minority Leader Nancy Pelosi can’t become Speaker of the House again. The campaign is robocalling tens of thousands of households in the district, a Coffman aide said, as well as launching a big social media push to encourage voters in the district to donate and volunteer to the campaign. “Pelosi almost certainly can't become Speaker of the House again unless she beats me… That's why Pelosi's allies have spent a million bucks attacking me,” Coffman says in the robocall. He’s facing former state House Speaker Andrew Romanoff, a Democrat.

Setting aside the growing unpopularity of robocalls, it depends on who this was targeted at. Partisan Republicans have been taught to hate former U.S. House Speaker Nancy Pelosi with a fierce intensity, so holding her up as a reason to protect Coffman's perilously swing district makes sense. Insiders on both sides know that the Colorado CD-6 race is one of the most important congressional races in the nation in 2014.

For many voters, though, Coffman's belligerent proxy rhetoric against Pelosi could backfire. Beyond political insiders, the linkage between Coffman and Pelosi doesn't make as much sense, and could come off as gratuitous bullying. The Republican brand isn't doing real well with women voters (see: Todd Akin, the "War on Women"), and Coffman's new slogan of "Bring It, Nancy"–sorry, "Bring It, Pelosi"–may well reinforce their negative view.

Bottom line: "Pelosi loathing" works for a small target audience, but is a liability if it leaks beyond hard-core Republican partisans. You'd think that Mike Coffman, of all people, would get that.