Sunday's Denver Post included a story about protests that occurred Saturday marking the 41st anniversary of the landmark Roe v. Wade U.S. Supreme Court decision, which established the right of American women to abortion of unwanted pregnancies. The story goes into some detail about the fact that the battle over abortion in Colorado is ramping up yet again, with a Republican-sponsored bill to ban all abortions introduced in the state legislature, and yet another flavor of the "personhood" abortion ban headed for the statewide ballot this November.

For as much useful background on abortion politics that Christopher Osher's story supplies readers, he focuses almost exclusively on the protest organized Saturday by the Catholic Church–making only the briefest of mentions of another protest, organized by Colorado Right to Life, "at the state Capitol." The problem is, that protest was certainly the event more relevant to the political backstory Osher lays out. Frustratingly, we've not been able to find any coverage of the CRTL protest, not even on the organization's own websites and social media. If anyone has links to coverage of this event, please give us them in comments or email us, and we'll update this post.

What we do know is that hard core anti-abortion group Colorado Right to Life held a protest at the state capitol on Saturday, and that the keynote speaker at this event was none other than Republican U.S. Senate candidate Owen Hill. We know that only due to this photo, sent to us from the event via a passer-by: 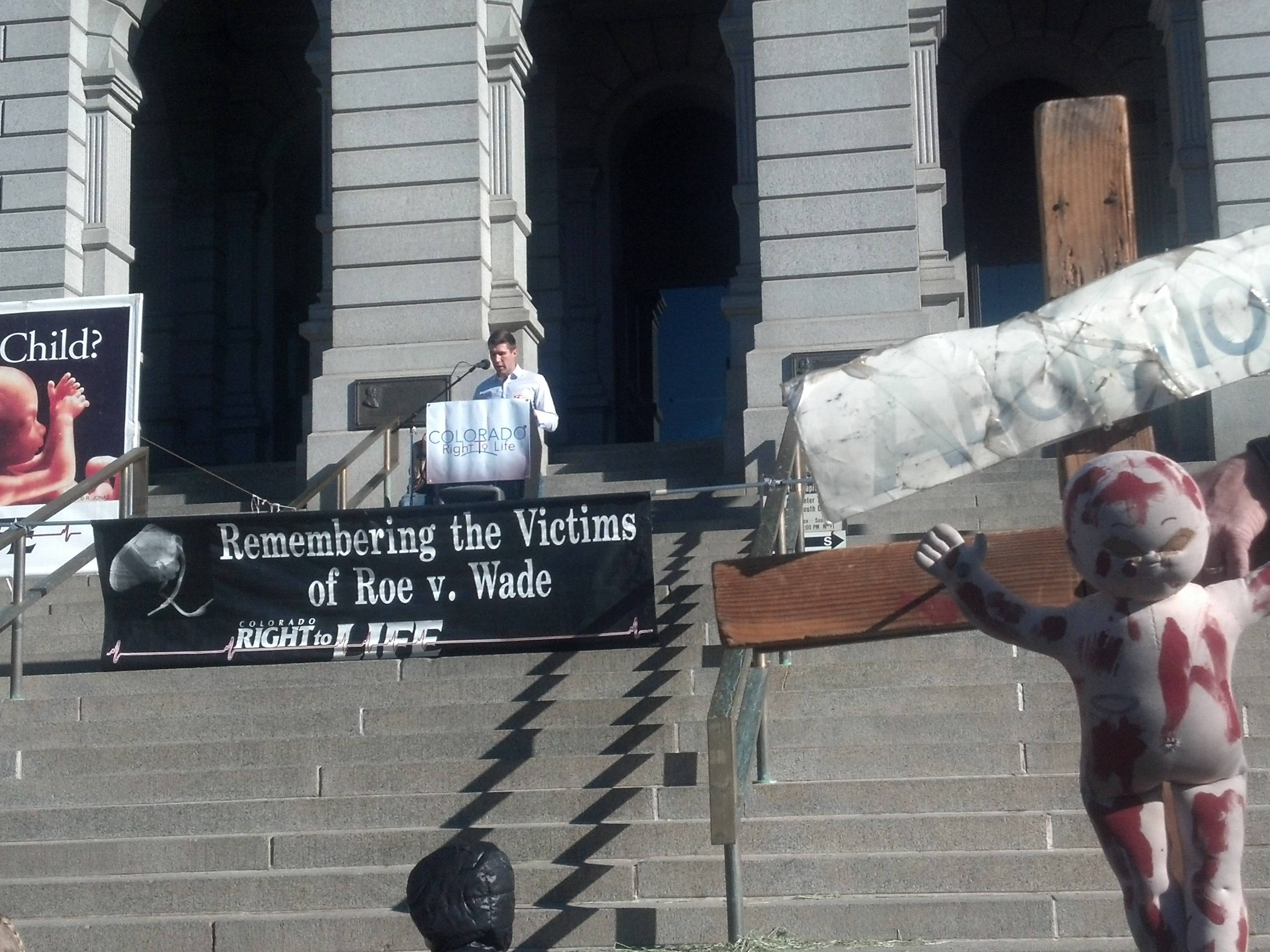 With all due respect to Archbishop Samuel Aquila, shouldn't this be part of the story? Our guess is Hill is trying as hard as he can to pump up his pro-life credentials while Ken Buck and Amy Stephens flail away at each other. That said, it may honestly be that Owen Hill's so-far minor Senate candidacy just doesn't rate much coverage.

But somebody tell us what Hill had to say to that horrifying little doll, who is also nowhere to be found in news coverage.