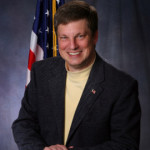 Who has two thumbs and can’t fundraise for shit? This guy (Wayne Williams).

As we do after every fundraising quarter (see Q3 here), we've tallied up the money raised and spent by the various candidates running for statewide office in Colorado. There were some very clear winners for the period ending on December 31, 2013, and some equally clear losers.

Media reports often show how much money candidates have raised in a certain period, without taking into account how much money they have spent; Republican Tom Tancredo, for example, raised a decent $191k in Q4, but he spent $203k. That's a good quarter…if you are on his payroll.

Take a look after the jump to see how the numbers break down:

Gov. John Hickenlooper is the first statewide candidate to crack the $1 million mark for cash on hand, and he has a ridiculous lead in that department over his Republican challengers. In fact, you could add up the cash on hand numbers for Republicans Tom Tancredo, Scott Gessler, Greg Brophy, and Mike Kopp…and you'd only have about a third of the money in Hick's war chest.

State Treasurer Walker Stapleton continues to show that he is one of the premier fundraisers in Colorado. His $156k quarter gives him a total cash on hand amount of $434k. Stapleton is also managing his campaign funds very well, spending just a small percentage of what he raised in the quarter (compared to many of his fellow Republicans, several of whom spent more money than they raised in Q4.

Democrat Don Quick had a rough go on the campaign trail for much of 2013, which we documented here before. Quick still isn't raising much money, but he's managing what he has much better than his Republican opponents, Cynthia Coffman and Mark Waller, both of whom have also slowed down considerably in fundraising.

State Sen. Greg Brophy really has no business running for Governor. He clearly doesn't have the fundraising connections to be a contender.

Republican Mike Kopp had his first chance to show that he was a force to be reckoned with in a GOP primary…and he didn't. He raised a respectable $103k, but he spent more than half of that and lags far behind in cash on hand figures.

Republican Mark Waller is in deep trouble. He needs to consider either resigning from the legislature in order to raise money full-time, or dropping out of the race for Attorney General altogether. It's bad enough to raise just under $12k for the entire quarter, but in spending more than he raised, his entire quarter was for naught.

Democrat Betsy Markey had a disappointing Q4, raising just $38k. She does have about $100k in the bank, however, so all is not lost.

And then there's Wayne Williams, the El Paso County Clerk and Recorder and GOP candidate for Secretary of State. In his first fundraising quarter — the time when you should be picking all of your low-hanging fruit — Williams pulled in just a shade over $11k. He has $8,572 in the bank. To put that turd in perspective, Broomfield Mayor Pat Quinn, who dropped out of the race for Treasurer last fall, still managed to raise $13k before closing out his campaign account. Williams' quarter was more than bad — it's "oh crap we might need to find another candidate" bad.