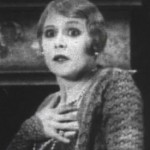 In a remarkable press conference at noon today in the Colorado Capitol press room, Republican Senators complained bitterly that many of their bills are being sent to the Senate State Affairs Committee, known as the "kill committee" for its longstanding role as the place majority leadership in both parties sends unwanted bills to die.

What's remarkable about this press conference, especially coming on the heels of Senate Minority Leader Bill Cadman's bizarre freak-out yesterday over what turned out to be absolutely nothing, is that Republicans are now complaining about one of the most routine practices in our legislature. Every majority in both the House and Senate regardless of party sends unfavored bills to the State Affairs committee. Sometimes a legislator does a really good job advocating, and they pass despite this–as they sometimes do in other committees. We've seen no evidence that any higher proportion of bills are being sent to "kill committee" this year than other years.

Either way, it does appear that this press conference to complain about a routine development is connected to Cadman's embarrassing tantrum yesterday. They are both petty, belligerent reactions, wholly out of proportion to actual events. Based on the response by even our fair-to-a-fault local political journalists, they are wildly overplaying their hand. Even relatively green reporters know better. If there is a strategy among Republicans to artificially ramp tensions to a fever pitch early in this year's session, they need to rethink it.

Because that only works if it's believable, folks.