According to a press release from the Democratic House Majority Project, Rep. Sue Schafer (HD-24) will retire from politics this year rather than seek a fourth term in November. 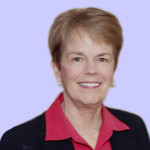 Schafer's Wheat Ridge district has been a fairly safe Democratic seat for decades, with current state Sen. Cheri Jahn serving four terms before being term-limited in 2008, so Democrats won't have to worry too much about keeping HD-24 in the 'D' column. But like Jahn before her, Schafer was a less-than-progressive Democrat who often sided with traditionally-Republican lobbyist groups like CACI and caused the Democratic caucus plenty of headaches over the years (her otherwise inexplicable opposition to Payday Lending reform, for example, was particularly problematic).

The next Representative from HD-24 will likely be decided in a Democratic primary, so while the seat may not change Party hands, 2014 may shake loose a candidate who is more representative of the area than in years past.

Full press release after the jump.

(Denver) State Representative Sue Schafer (D- Wheat Ridge) has announced she will retire from the legislature after having served six years.

“I have recently had to make a very difficult decision to not seek a fourth term due to many increasing family responsibilities. Serving the citizens of House District 24 has been the greatest honor and privilege of my life and I thank all the people who have supported me to work for the common good”, said Rep. Schafer.

Rep. Schafer stated she is very excited for the 2014 session and will serve until Jan. 7, 2015 after a new representative has been elected. Schafer said, “We elected officials say we must put families first and this has become increasingly difficult for me with family in New York City, Texas, and Colorado. I want to be available for future personal and family needs.”

Upcoming legislation of importance include flood and fire recovery, economic security for all Coloradans, stable funding for K-12 education, and more scholarships for students seeking higher education. Rep. Schafer will sponsor bills in 2014 to track and improve the effectiveness of early childhood education, end the waiting list for persons with intellectual and developmental disabilities, and to establish a commission to study the reasons for the high rate (10%) of pre-mature births in Colorado.

Since 2009 Rep. Schafer has been the prime sponsor of important bills such as reducing bullying in the schools, stopping higher premiums on women for health insurance, legalizing civil unions, and requiring reporting of elder abuse.Rep. Schafer serves as Vice Chair of the House Health, Insurance and Environment Committee and as a member of the Public Health Care and Human Services Committee. She has won Legislator of the Year awards from the Economic Development Council of Colorado, the Developmental Disabilities Resource Center, the Colorado Women’s Chamber of Commerce,  the Jefferson County Council on Aging, and the Health Champion Award from the Jefferson County Public Health Department.

Saying she will remain active in politics, Rep. Schafer explained she will mentor and coach new Democratic candidates, volunteer in a local non-profit and in the 2014 campaigns, and work to elect a strong US President in 2016.