Colorado Gov. John Hickenlooper held an end-of-year press briefing at the State Capitol yesterday. He told reporters that he was aiming for a modest, quiet legislative agenda (more on that in a moment), but more importantly, he hinted at a potential strategy around gun safety legisation that would be absolutely disastrous for both he and his fellow Democrats. From the Associated Press:

Hickenlooper said he doesn’t want to see any gun-control laws repealed, including new expanded background checks and a 15-round ammunition magazine limit. But he told reporters he’d consider tweaks to some of the new gun laws, without specifying what changes he’d agree to. [Pols emphasis]

“If there’s a way to improve them some way, if you have some way that they work better or do a better job at what was their intention, then I think we should sit down and have that discussion,” Hickenlooper said. 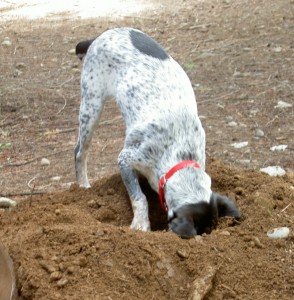 This may just be one of those classic "off-the-cuff" statements by Gov. Hickenlooper that make his staffers cringe but don't otherwise end up having any basis in truth behind them. But if Hickenlooper is so much as entertaining the idea of "tweaking" gun laws approved last spring, it would likely end up being the Governor's most bone-headed decision in his political career. You can argue whether or not you think the gun legislation passed by Democrats was a good idea, but there is absolutely no reason for Hickenlooper to support changing any of the new laws after only a few months.

"Tweaking" any of the legislation would immediately be spun as a victory by Republicans and groups like Dudley Brown's Rocky Mountain Gun Owners. Hickenlooper can use whatever word he wants to describe such a change, but to everyone watching it would appear as nothing less than a capitulation on an issue that Democrats fought long and hard to achieve. And to what end? Would right-wing voters who opposed the gun safety legislation decide to support Hickenlooper all of a sudden? Of course not!

Such a decision would just make Hickenlooper look weak — and "leadership" is really his biggest message problem — while helping Brown and friends raise money and attract more supporters. But perhaps most importantly, it would ignore the fact that Coloradans are actually supportive of gun safety measures; Democrats just lost the messaging battle this year. If you don't remember that Quinnipiac Poll from last August, here's a snippet from our post at the time:

The poll results also show that voters say they generally oppose Colorado's new "stricter gun control laws," though from the breakout of opinions on various gun safety measures, voters may not entirely understand them:

Voters are divided 49 – 48 percent on a ban on the sale of high-capacity ammunition magazines that hold more than 15 rounds.

The takeaway here is that voters don't like the phrase "stricter gun control laws," but actually seem to support gun safety measures when asked separately.

What Hickenlooper and his fellow Democrats really need to do is find a better way to talk about gun safety legislation — but any sort of "tweak" should be off the table in 2014. Hickenlooper said repeatedly during yesterday's press briefing that he anticipated a "quiet" legislative session, meaning that his office has no plans to do anything significant that will interest the average voter heading into next November. If that projection indeed holds true, then anything like "tweaking" gun legislation will receive more attention than usual given a lack of other interesting stories for reporters to cover. It's a perfect storm of a bad idea.

We've seen already that Hick is likely to base his re-election efforts around the theme of an improving economy, and if he doesn't plan on doing anything of note in the upcoming legislative session, then he's better off sticking with that message 100%. Showing strong leadership is Hick's most pressing problem, and you don't lead by going backwards.