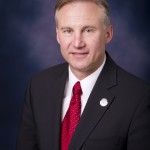 Former Adams County District Attorney Don Quick has had the Democratic race for Attorney General to himself since first announcing his campaign in February, and he hasn't done much with all of that time. While there is little doubt that Quick has the background and experience to be a solid candidate for AG, his campaign operation has been another story.

None of Quick's troubles have been more problematic than his apparent inability to raise money. Quick's Q3 fundraising report was almost critically anemic; his $43k raised was only $10k more than Democrat Pat Quinn, the little-known Broomfield mayor who has since dropped out of the race for State Treasurer. Quick did report $124k in the bank, but that took him nearly 9 months to accumulate, and both of his Republican opponents (Cynthia Coffman and Mark Waller) raised half that amount in Q3 alone.

The good news for Quick is that he may soon be able to turn his fundraising woes around. We hear that Quick has found a new job working for a private law firm that will allow him to spend more time on the phone dialing for dollars. Quick has been working as a Deputy District Attorney in Adams County, and he's been having trouble finding time during the day to make calls under DA Dave Young (reportedly, Young was less supportive of Quick's efforts than he originally promised). While moving to a private law firm was something Quick probably should have done months ago, the change still gives him a few months to win back bigger Democratic donors who questioned his ability to run a statewide campaign.

Quick's campaign still needs to rid itself of a penchant for inexplicable misses, like waiting until July 25 to finally open a Twitter account that has barely been used since then. Ignoring Twitter isn't a major issue in and of itself, but it is symptomatic of the kind of simple mistakes that a statewide campaign can't make.

Quick didn't take advantage of his head start as a candidate for Attorney General, but Democrats are hoping that he'll make the most of the time he has left. Finding a different day job is a good start.