Who Will Replace Hudak in State Senate?

Democrat Evie Hudak's resignation from the State Senate on Wednesday effectively ended the attempted recall in SD-19, but it still leaves Democrats with a significant election battle in 2014. 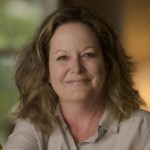 Hudak was re-elected to the State Senate in 2012 by a slim margin over Republican Lang Sias, which meant Democrats wouldn't need to think about the seat again until 2016. With Hudak's resignation on Wednesday, Democrats don't have to worry that a recall election might swing control of the Senate into Republican hands for the 2014 session, but they still have to think about maintaining a majority into 2015. Democrats will fill Hudak's seat through a vacancy committee, but whoever wins the appointment will have to run for a full term next year.

Democrats have represented SD-19 for the last decade, with Sue Windels serving two terms prior to Hudak's 2008 victory, but the district has not been an easy seat to hold. With the 2014 election right around the corner, Democrats have a critical decision to make when the vacancy committee convenes. 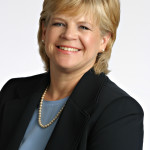 There is certainly time for other candidates to emerge, but as of now, it looks like a potential three-way race among Rep. Tracy Kraft-Tharp, former Rep. Sara Gagliardi, and Arvada City Council member (and a former campaign manager for Hudak in 2012) Rachel Zenzinger.

All three candidates will have their share of supporters, all three have strong credentials, and all three can make a good case for why they should get the appointment. But from a purely strategic perspective — we're not going to get into any potential policy arguments here — one makes more sense than the other two. Here's why:

Rep. Kraft-Tharp could make the case that she is the logical heir to the SD-19 seat after her 2012 victory in HD-29, but she wouldn't likely have had a free run to the Democratic nomination in 2016 (Zenzinger was planning to run for SD-19 regardless of Kraft-Tharp's intentions). The strategic problem with nominating Kraft-Tharp to succeed Hudak is that it leaves two Democratic seats without an incumbent in 2014. While it's true that control of the Senate is going to be more difficult for Democrats to maintain than control of the State House, it would be tough for Democrats to give up Kraft-Tharp's incumbent advantage in HD-29. Kraft-Tharp has been a strong campaigner in HD-29, but she's not so well-known that she would have a significant edge over a Republican opponent in SD-19; it's a bigger advantage for Democrats if Kraft-Tharp runs for re-election in HD-29 instead. 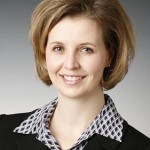 Gagliardi is a popular Democrat who served two terms in HD-27 (which was redrawn in the last round of redistricting) before losing her re-election bid to Republican Libby Szabo in 2010. As a nurse with strong ties to organized labor (SEIU), Gagliardi will likely have support from key Democratic allies in a vacancy committee, and she certainly has the experience and credibility to make a good argument for the appointment. The problem with nominating Gagliardi isn't about her — it's about the narrative it feeds into. The 2014 election will be spun by Republicans as a validation of the recall process (fairly or not), and that narrative is strengthened if Democrats appoint someone who was recently defeated at the polls by another Republican; it makes it easier for the GOP to say that Democrats are only paying attention to Democratic voters. It may not be fair to Gagliardi, but Democrats need to consider the reality of the situation as they try to retain SD-19 next November.

Barring any unforseen circumstances, that leaves Zenzinger as the most logical choice from a purely strategic perspective. Zenzinger was just re-elected to her Arvada city council seat without opposition, and that non-partisan position gives her the best opportunity of the three candidates to create her own narrative in 2014. As a campaign manager for Hudak in 2012, Zenzinger is also plenty familiar with the politics at play in SD-19. Zenzinger's name ID won't be quite as strong as that of Kraft-Tharp or Gagliardi, but given the recent dynamics surrounding the recall, that might actually be an advantage. And while it's true that Republicans may try to use Zenzinger's ties to Hudak to say that she will be more of the same, it's important to remember that Hudak was not unpopular in her district — Hudak had served in elected office on the state school board for years prior to her Senate win in 2008, and she was demonized by a small, vocal minority (many of whom weren't even residents of SD-19).

Democrats are fortunate to have three strong candidates to replace Hudak through a vacancy committee, and all three would be well-prepared to defend the seat in 2014. But it is purely circumstance — and not criticism of Kraft-Tharp or Gagliardi — that makes Zenzinger the most logical option at this point.