Why Amendment 66 Got Slaughtered, Part 1 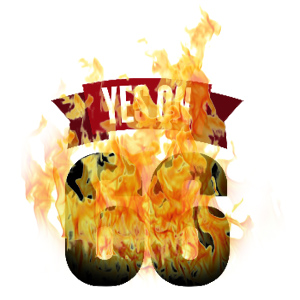 After an election in which fewer than 1.2 million Coloradans — roughly 30 percent of the electorate — cast ballots, it’s hard to draw too many big conclusions about our state.

But it’s safe to say that the overwhelming defeat of Amendment 66, an income tax hike that would have funded a number of education reforms, is another reminder of the near-impossibility of raising taxes under TABOR and another rebuke to the Democrats who control the state Capitol…

Democrats trying to convince their neighbors to approve the tax hike, from Gov. John Hickenlooper with his diminished approval ratings on down, did so with a weakened hand. In some ways, the party appears to have lost the trust of the state’s swing voters, the suburban women; Tuesday’s overwhelming defeat of Amendment 66 by a two-to-one margin (the Yes on 66 campaign still thought it had a chance to win as of just a week ago) shows their message never really resonated with moderates, never mind many Democrats (even in liberal Denver, voters were split on it).

Convincing voters to raise their own taxes is going to take more than politicians, smart strategists and willing donors. It’s probably going to take a genuine grassroots movement.

In 2011, a much smaller and less-funded coalition attempted to pass a smaller tax measure to fund public education, Proposition 103. Proposition 103 failed by a 64-36% margin after spending about $600,000 on the campaign. The highest-profile face of the Proposition 103 campaign was Sen. Rollie Heath, the longsuffering 2002 Democratic gubernatorial candidate who lost by a mile to Bill Owens. In the aftermath of Proposition 103's defeat, much of the blame was laid at the feet of Heath and the underpowered coalition backing the initiative.

Today, Rollie Heath should feel a little better. Two years after Proposition 103, a ten million dollar campaign for Amendment 66, headlined by Gov. John Hickenlooper with a much larger coalition, performed even worse than Proposition 103. The question is, why?

Stokols suggests that this year's legislative session, despite generally passing legislation favored by the public, aggregated into a narrative of "overreach" that Republicans were successfully able to capitalize on. In addition, Stokols asserts that the troubled rollout of the "Obamacare" health insurance marketplaces in Colorado and federally contributed to voter mistrust in government.

We do believe those were perhaps incremental factors, but we have to say that we never understood the overall campaign strategy for Amendment 66. Heavily consultant-driven with a rigidly controlled message, this is a campaign that always seemed afraid of its own shadow despite the massive resources invested. Proponents relied much too heavily on lavish buys of slick television ads, and counted on an "under the radar" field campaign effort that completely failed. The complicated details of Amendment 66 were freely misrepresented by opponents, and the campaign was never quite able to keep up. Apart from the huge ad buys, seemingly no effort was made at secondary earned media, and in fact Amendment 66 appeared to garner less coverage in the media than Proposition 103 did two years before. If this was by design, in hindsight it was clearly a mistake.

Throughout the campaign, proponents expressed confidence that grew increasingly brittle as it became clear the initiative was in trouble. But with no real strategy other than pouring cash into TV ads, the campaign was powerless to do anything to change course. They had their playbook and they stuck with it to the bitter end.

The defeat of Amendment 66 undeniably feeds into the GOP's desired narrative of "overreaching Democrats" getting their comeuppance. Looking more closely, it's not that simple, even if Democrats do need to look inward to figure out what happened. It was a tough climate for Amendment 66, but Democrats also failed to use the resources they had this time imaginatively–or even just definitively. You can't pass an amendment like this without having a big conversation with Colorado voters, which is a major reason why Referendum C passed in 2005. Amendment 66 needed to be the issue of the election that everyone was talking about, but it wasn't. Anecdotally, we talked to a lot of potential supporters who didn't even know what it was. With a tax increase like this, you absolutely must grab hold of the narrative and never let go. You don't tell people why they should vote for it; you make the case that they must support the measure.

We doubt this will be the last look back at the this campaign–and for Democrats who want to hold on to the power they've had in this state for a decade, the hard lessons here must be learned. Voters have given Democrats control in this state and asked them to lead…and lead they must.