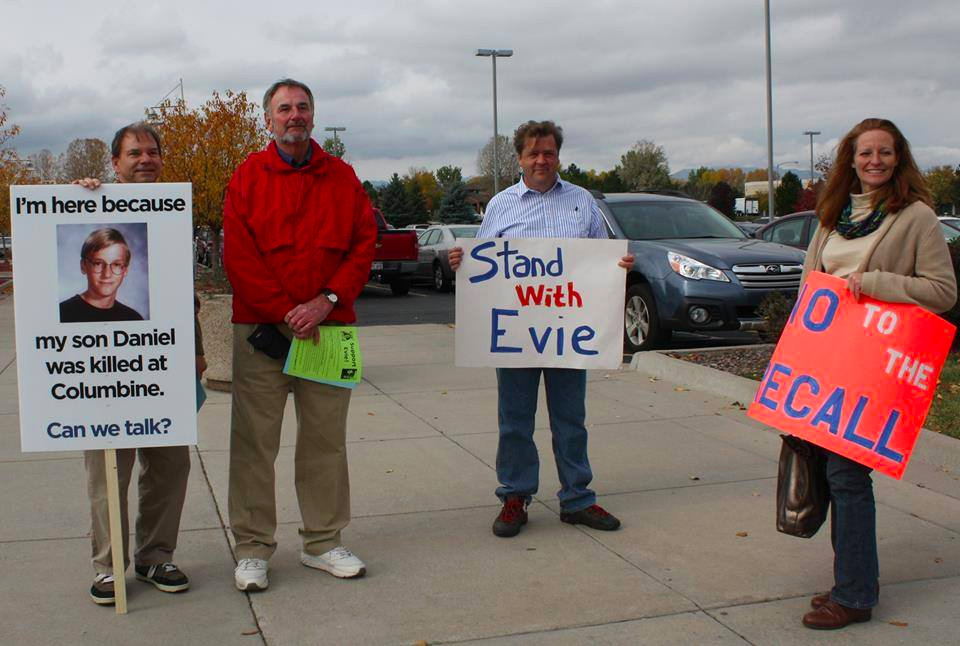 Speaking on a radio show yesterday, Mike McAlpine, one of the leaders of the effort to recall Democratic Sen. Evie Hudak, called Hudak supporters Nazis.

"I mean, these people – the Brownshirts — have been doing it for decades and decades," McAlpine told KNUS' Peter Boyles yesterday morning, referring to Hudak supporters he encountered over the weekend in the Westminster area. "You and I recognize it." (Listen to McAlpine on Peter Boyles Oct. 21 @ 1:30)

Raise your hand if you think Boyles, who surely knows how the paramilitary "Brownshirt" Nazis helped Hitler gain power, objected. Seeing no hands raised, I'll tell you that Boyles chose to respond with a breathless: "Yeah! Yeah!"

Boyles offered to create a "goon squad" to support the Hudak-recall petitioners. He'll post photos on the KNUS website to identify recall opponents and where they live, he said.

As for evidence of Nazi activity in Westminster against Hudak opponents, there is none. Over the weekend, "Alan" on ColoradoPols posted a video of a discussion among activists and police during which recall supporters could cite no evidence of voter intimidation, much less Nazi brutality.

On Boyles' show this morning, McAlpine again made accusations of voter intimidation but there was no documentation, other than an inconclusive photo on Boyles' web page, which could be interpreted any which way.

McAlpine said that after his complaints on Boyles' show Monday, and to the Secretary of State's Office, police are responding more quickly to his complaints.

That's good. Because Boyles spent a lot of air time today promoting his goon-squad idea. You wish you didn't have to take Boyles seriously, but you do.